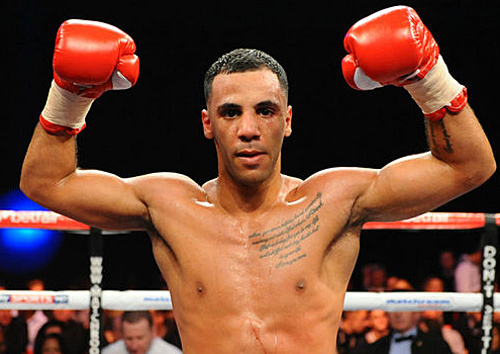 Best night of pro career: Yafai ruthlessly took out Herald Molina two months ago, dropping the Nicaraguan in the opening round with a devastating left hook to the liver before two more knockdowns in the second round ended proceedings.

“It was a great start and clinical finish,” Yafai told RingTV.com. “I feel this was my most mature performance to date and showcased my technical ability.”

Worst night of pro career: Almost two years ago Yafai went the distance with journeyman Michael Ramabaletsa. Though he won an eight-round decision, losing just one round while suffering an injury, he feels it’s his weakest performance.

“I had to fight with one arm from Round 2 with a torn bicep for eight rounds,” he said, “which left me needing an operation and being unable to box for a further six months.”

Next fight: Yafai looks to close out the year against former two-time world title challenger Everth Briceno (35-9-2, 26 knockouts), who has been stopped just twice in 46 contests, once against current WBC 122-pound boss Leo Santa Cruz.

The 36-year old Nicaraguan has also fought Fernando Montiel and Omar Narvaez dropping decisions to them in WBO title attempts.

Yafai isn’t underestimating the seasoned late-sub who stepped in when the rumored fight with Luke Wilton didn’t come to pass.

“It is my biggest test to date and will be a tough fight but I will win in style,” said Yafai.

His trainer Max McCracken, is the older brother of Robert McCracken, famed for working with Carl Froch and as Team GB head coach, and has worked with Yafai for almost a year. McCracken expects Briceno to give his fighter much needed rounds.

“He’s not going to fold early, he’ll be hanging around but it’ll bring out the best in Kal,” said McCracken. “These are the sort of fights he wants to bring him on. We expect Kal to break him down later in the fight, anything early is a bonus but we’re not looking at that.”

Why he’s a prospect: In his amateur days Yafai won a plethora of titles including junior and senior ABA titles. He was a Nacyp and four-nations champion. He won gold as a world junior, European cadet, junior and senior silver medals, European Union silver and gold medal and he earned numerous multi-nation tournaments for Great Britain.

He was on the Great Britain squad for several years, appearing as a 19 year old at the 2008 Olympics in Beijing, losing to the eventual silver medallist Andry Laffita in the round of 16 after getting a bye in the opening round.

“An unbelievable experience to do it so young,” Yafai said of appearing at the Olympics. “When you’re an amateur boxer, that is what you are fighting for, to represent your country in the Olympics.

“People train all their lives for a chance to do this, and I got to do it so young, unexpectedly. I wasn’t expected to qualify in 2008, so it was a dream come true and really overwhelming, and something I will never forget.”

Yafai also represented his country at the 2009 World Championships where he lost in the quarter finals to Germany’s Ronny Beblik.

Yafai decided to stay in the amateurs and tried to qualify for the 2012 games but lost out to Andrew Selby in the box-off and turned pro shortly afterwards.

Having overseen sparring sessions with the likes of Scott Quigg and Stuart Hall, McCracken points out his fighters key attributes:

“He’s powerful, he trains hard, he lives the life right, does everything right, he leaves everything in the gym in every session he does, he gets the best out of himself.

“He’ll do anything to better himself. He’s great to work with. Whatever you say he does to the best of his ability. Some fighters they have little rests and breaks, but Kal concentrates the whole session. Always wants to learn and try new things.”

“This kid has unbelievable talent and he is going to be around for a long time,” said Hearn

Why he’s a suspect: Yafai has all the attributes to go a long way in the sport, however we’ve yet to see him really pushed and tested in a fight.

Having regrouped following the bicep injury, Yafai feels he needs work on a couple of areas.

“I think I need to work on my patience,” he said. “I like to get in the ring and try to get them out there as quickly as possible and feel disappointed if I don’t get a knockout even if I have done a really good job.

“I just always want to load up with my punches which can leave me open at times and I think that may be another area I could focus more on, my defense.”

McCracken sees just one flaw in his fighter.

“His weakness at the moment is experience at top-class,” he said. “It’s getting the rounds in. We’ll see from this fight now how he’s progressed because he’s in with an experienced operator (Briceno) who’s going to take him a few rounds and we’ll see what he’s got to offer.”

Story lines: Yafai had a good upbringing in Birmingham. He says he wasn’t the best in school and became interested in boxing through his younger brother Gamal at the age of nine.

“When I first started boxing, I wasn’t the best, so I worked and worked and got better and better,” said Yafai. “The more experience I gained the more confident in my ability I became. I was hooked on boxing, it became my life. I lived for boxing. I would watch old boxing videos in my free time, or play boxing with my friends and brothers.

“At school all I could think about was finishing at 3:15 p.m. so I could catch the bus to get to gym for 5:00 p.m. Some days I didn’t have any bus fare and I would walk a 6-mile round trip just so I could box at the gym. I was determined and wasn’t going to let anything stop me.”

Like Kal, the 23-year old Gamal is a promising pro, who fights up at junior featherweight and currently sports a record of 4-0, 2 KOs. The two brothers remain close.

“I have a great bond with my brother Gamal through boxing,” he said. “I honestly don’t know where I would be in life without it.”

The brothers both went to the same school and boxing club as the McCracken brothers and get on famously together according to McCracken, however they’re not allowed to spar.

“They lose their heads both of them, the first one to catch the other and they want to kill each other then. I’ve had to stop it. I let them spar a few months ago and had to jump in and stop it and separate them,” said McCracken.

Like Naseem Hamed, Yafai comes from Yemeni decent. There are obvious comparisons, something he enjoys.

“That is no problem,” he chuckled. “Because there had always been comparisons but it’s great to be compared to a role model.

“I grew up watching him on TV and he is one of the main reasons I wanted to become a boxer. If I could achieve anywhere near what he achieved in his career I will be over the moon. He was a great talent, and great entertainment and love him or hate him, everyone will agree he was highly entertaining and exciting.”

The 25-year old hopes he can bring some much needed attention to the 115-pound division.

“I would love to make people excited about boxing at my weight,” he said. “As the super flyweight division has the boring stigma attached, but I have a really good knockout ratio and that’s what people want to see, excitement, skills and knockouts.”

There is a natural domestic rivalry with Liverpool’s world-rated Paul Butler that dates back to their amateur days.

“We fought before as amateurs,” said Yafai. “I won 35-11 in the ABA finals, and now we both know a fight between each other in the future will be massive.”

“To win world titles and be the best I can be. To make a lot of money and be able to retire in my 30s and live comfortable. I would also like to be a role model for others, and hopefully be recognized worldwide,” he said.