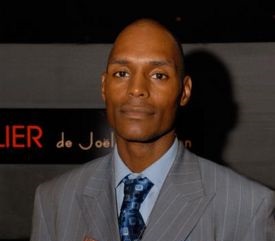 12
Nov
by Lem Satterfield
Chris Algieri and Sadam Ali have pulled off two of the year’s biggest upsets and referee Harvey Dock worked both fights.

Algieri (20-0, 8 knockouts) was an underdog in his last bout in June, when he overcame two first-round knockdowns as well as a right eye that was nearly closed shut for a dramatic split decision victory over Ruslan Provodnikov for the WBO’s junior welterweight title.

Abregu, 30, entered the fight with a mark of 36-1 that included 29 knockouts and had won seven straight fights, six by stoppage, since losing a unanimous decision to Tim Bradley in July 2010.

Factoring heavily is the fact that Dock didn’t stop Algieri’s fight due to the eventual winner being knocked down or his eye injury. At the same time, Dock stepped in to end Ali’s bout with the latter hammering Abregu into helplessness.

Dock discussed both bouts with RingTV.com.

“I don’t think that I had too much to deal with as far as decision-making with Chris Algieri because each time Chris went down, I never had a doubt that he was okay to continue. He wasn’t concussed or anything like that,” said Dock, 43.

“He was always fine. In fact, after the first knockdown, I didn’t even have to ask if he was OK. I just wiped his gloves off. The second time, the only reason I asked him if he was OK is because he wasn’t looking at me. I knew that he was fine.”

Ringside doctors, meanwhile, kept Dock apprised of the damage being inflicted upon Algieri’s deteriorating eye, which the referee said was being tracked on a round-by-round basis.

“The doctors came to Chris’ corner after every round because every round [the eye] got worse. Progressively worse. There wasn’t one round that went by where there wasn’t at least one doctor in the corner just to examine his eye. So that would have been the doctors’ decision because they were always examining him after each round,” said Dock, who also worked Algieri’s unanimous decision win over Emmanuel Taylor in February.

“They were the ones to let me know if his eye was OK to continue, so I took my cue from them. I think that they did take into account how well he was doing because after round 11, that was the only round where the eye had no vision at all and where the slit had closed. So the doctors did take that into account and they decided that they were going to allow him to go that final round being that he had fought so well.”

Dock took the lead in the Ali-Abregu match-up, during which Abregu was dropped once each in the sixth and final round.

“So after that second knockdown, I took into account how [Abregu] was getting rocked even prior to that round and he was really getting hurt that last round. After he got dropped in that last round, I knew that it was just a matter of time. I just made sure that I stayed close.I had to give him an opportunity to see if he would punch back after the knockdown and he couldn’t. He was spent; he was done.”

Although Ali had produced knockouts in five of his previous seven fights, he had been floored in the first round during a unanimous decision over lightly-regarded Jay Krupp in September 2013 and had struggled during his previous bout in August, a a split-decision victory over Jeremy Bryan.

In addition to working Ali-Krupp at Barclays Center, Dock officiated three other significant fights over the past year or so comprised of an eighth-round stoppage by Gennady Golovkin against Curtis Stevens in defense of his WBA middleweight title at New York’s Madison Square Garden last November, Shawn Porter’s unanimous decision over Devon Alexander for the IBF welterweight belt last December at Barclays Center and Mikey Garcia’s defense of the WBO junior lightweight title by unanimous decision at the Garden’s Theater in January.