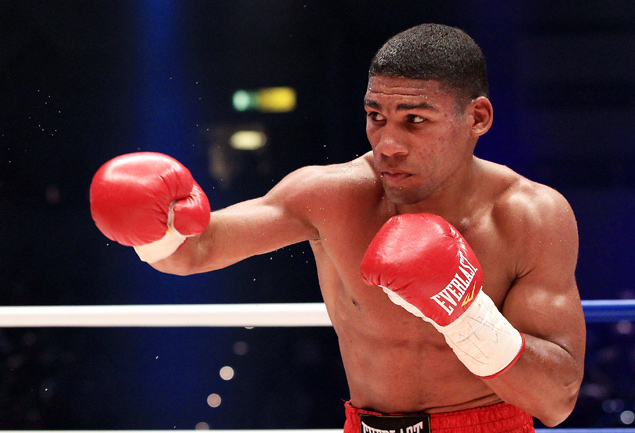 Former featherweight titleholder Yuriorkis Gamboa will face Joel Montes de Oca on Saturday in support of a clash between featherweights Cristian Mijares and Lester Medrano at Plaza de Toros in Cancun, Mexico, according to a release.

A 2004 Cuban Olympic gold medalist, Gamboa (23-1, 16 knockouts) is attempting to bounce back from a ninth-round technical knockout in June against WBO beltholder Terence Crawford, who dropped him once each in the fifth and eighth rounds and twice in the last.

Promoted by Curtis “50 Cent” Jackson’s SMS Promotions, Gamboa’s prior bout had been a a unanimous decision over previously unbeaten Darleys Perez in June 2013.

“I want my fans know that I feel great. I’ve been training very hard for this fight, which I’m taking very serious, because I know the importance of ending the year on a positive note,” said Gamboa, who turns 33 in December.

“I’m now fully focused on becoming king of the lightweight division, as well as hopefully being much more active in 2015 with my goal to fight three or four times next year. I am honored to fight in Mexico and I plan to fight there again in 2015.”

Medrano, 27, has reeled off eight straight wins, six by stoppage, since being majority decisioned by Bismark Alfaro in April 2013. In his last fight in June, Medrano unanimously decisioned David Morales.