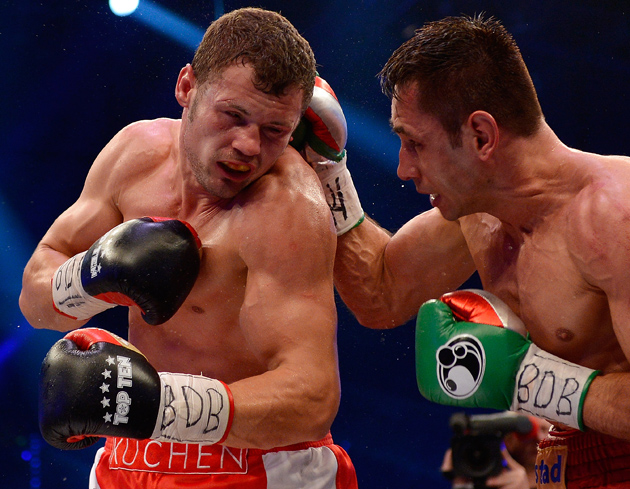 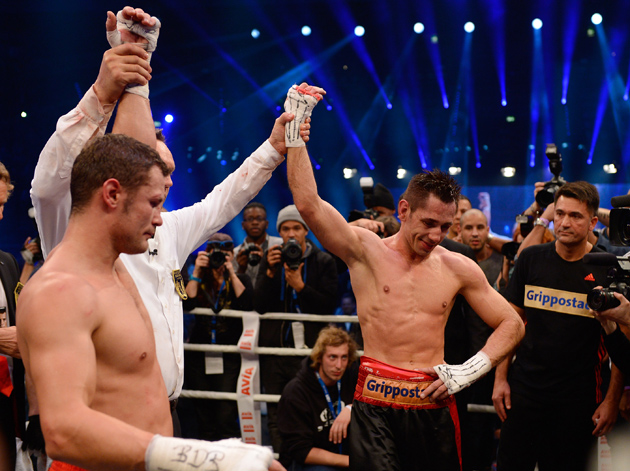 In a showdown of German former world titleholders trying to earn one more run at a world title, Felix Sturm and Robert Stieglitz battled to an exciting split decision draw on Saturday at the Porsche Arena in Stuttgart, Germany.

Sturm, 35, established his superiority with the jab early, using it to score as Stieglitz, 33, looked for the opportunity to impose his physical strength. Stieglitz, who is rated No. 3 by THE RING at 168 pounds, began to find room for his heavier punches in the later portion of the first half of the fight, ringing Sturm’s bell with a hook in the fifth that established his mark on the bout.

Sturm found his jab again in the sixth round, using it to control the next few rounds while Stieglitz pushed back in the later rounds with his clubbing blows. With the fight on the table in the final round, both men emptied the tank with Stieglitz swinging wildly in search of a knockout and Sturm looking to capitalize on the openings.

In the end, neither man deserved to lose and showed they were still capable of fighting at a high level. The bout was contested at a catchweight of 166.45 pounds.

Sturm is now one fight removed from his decision loss to Sam Soliman in May while Stieglitz is two fights removed from his most recent loss, a split-decision in his rubber match with Arthur Abraham in March.