Bernard Hopkins on retirement: ‘I will know the time’ 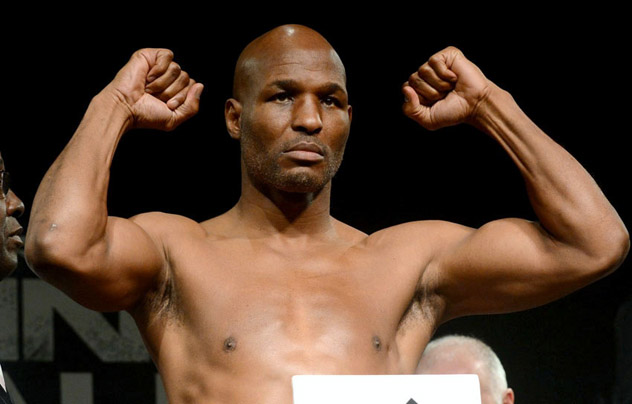 ATLANTIC CITY — In spite of his rags to riches story, Bernard Hopkins says he remains both humble and hungry by recalling what it was like in his native Philadelphia when he had to wear the rags.

“Let me tell you what I do for myself. Even though, I’ve been blessed through my talents to move far away from where I grew up at and the inner city, I haven’t abandoned it as far coming around, riding through, seeing things, just to keep my mind stimulated while I’m in the ring. So I will do that even after my career is over,” said Hopkins, a 49-year-old future Hall of Fame boxer.

“Why? Because I always go back every now and then and hold on to something that I remember that was the hardest times of my life. I don’t want to ever give up those memories, even with these being the best times, financially, coming up. So I’ve been back to Germantown [Pennsylvania], I go back to North Philly. I don’t know 90 percent of the people that are there, and they might have known me through sports. But I just look at buildings, and I look at neighborhood, and I look at the things that I survived just to stimulate my mind and to understand that I came from there.”

A former Philadelphia street thug, Hopkins already had endured two stabbings by the age of 17, when he was jailed for five years in Pennsylvania’s Graterford Prison. A younger brother “got shot” in 1982 and died, according to Hopkins, who was 22 when he was released in 1988 and began a seemingly inauspicious professional boxing career with a loss to Clinton Mitchell.

But since falling to Mitchell, Hopkins (55-6-2, 32 knockouts) has gone on to become an undisputed middleweight champion with a division record 20 defenses, and later earned the RING light heavyweight championship.

In March 2013, Hopkins, then 48, dethroned previously unbeaten Tavoris Cloud by unanimous decision to extend his own record as the oldest man to win a significant crown. Hopkins first set the record at the age of 46 by outpointing Jean Pascal for the WBC’s title in May 2011.

“Even though I’m rich, even though I’m well off, even though personal things are set, I continue to keep that hunger in a hungry man’s sport. Even though there are steaks in the freezer, you have to be able to still have that strong mind and will to be in this sport,” said Hopkins, who turns 50 in January.

“Even with the life of luxury that I live now, I still go back to stimulate my mind and to maintain the balance between where I came from and where I am now. If I didn’t do that, I wouldn’t be a winner and a history-maker and record-breaker. I know that if I get caught up like some others do, then, I will not be as successful as I became and as I still am in the game.”

Hopkins returns to Boardwalk Hall for the first time since October 2013, when he unanimously decisioned Germany’s Karo Murat, a then-30-year-old who was just over a month past his fifth birthday when Hopkin’s career began.

“I don’t ask myself, ‘Why am I here in the ring with a Jean Pascal,’ or why am I still here with a Sergey Kovalev?'” said Hopkins. “But I do know that it only takes one punch to make you think that way.”

Before Shirley Hopkins died of cancer Aug. 14, 2003, Hopkins promised his mother that he would not fight past the age of 41.

Yet Hopkins strongly believes that divinity has played a role in his march toward greatness.

And that is to keep on fighting. For beyond Kovalev, Hopkins already has expressed the desire to face WBA middleweight titleholder Gennady Golovkin, who has made 12 title defenses and scored 18 consecutive stoppage wins.

“I will know the time [to retire.] I didn’t get here by accident. I had to do some thinking. And I will know, for a fact, when it’s time. That will be when I don’t want to put myself and anybody attached to me through the gruelling work that it takes to train. But right now, I still respect the game,” said Hopkins.

“I respect the game so much that I put myself through a workout of a 25-year-old or a 19-year-old. I workout with younger people who, I could be their father. We’re running sprints at Temple [University,] and they’re looking at me like, ‘How can you do that?’ I say, ‘Because you’re running fast, and I’m running smart.'”

Besides the fact that he is nearly half a century old, there are a number of other reasons Hopkins should not be where he is. At age 14, a stab wound punctured one of Hopkins’ lungs, missing his heart by inches. At 15, he was stabbed again, this time in the back.

“I spent five years in the penitentiary, nine years walking…in the crack era of the 1980s and the 1990s. Stabbed twice. Lost my first fight,” said Hopkins. “Raped and robbed in boxing when I first started because I didn’t know the business. Didn’t get discouraged. When people continue to not do their research and not understand what they’re dealing with before they speak about me, I will always win.”