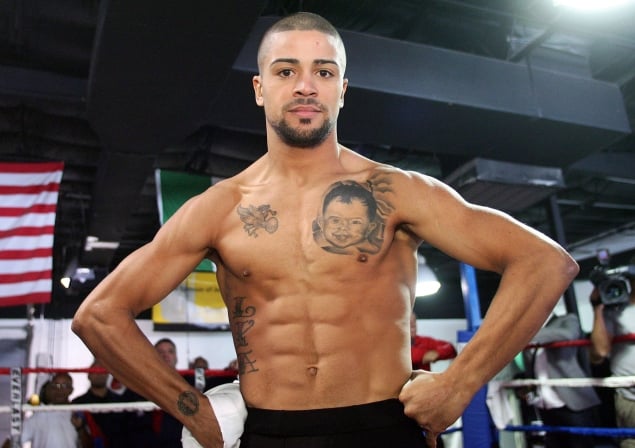 The bout, which took place at featherweight, headlined a Top Rank/ Miguel Cotto Promotions “Solo Boxeo Tecate” card and was broadcast on UniMas in U.S.

Almost five months ago in New York City, Vazquez lost a 10-round split decision to Marvin Sonsona. It was his fourth loss in seven bouts, leading some to wonder whether he would ever return to contender status.

Arellano entered the ring against Vazquez having won a six-round split decision over Jorge Sillas in Tijuana, Mexico on Aug. 1 in his last bout. Prior to that the Vazquez fight, he had lost four of six bouts.

Despite the loss to Sonsona, Arellano may have seemed a safe enough opponent for Vazquez to bounce back against while working his way towards contender status. Arellano had different ideas.

It was Vazquez who was the more effective fighter in the first two rounds, beating Arellano to the punch during a number of exchanges. Undaunted, Arellano was effective in the next two rounds, particularly when landing a lead right cross or uppercut to the head of Vazquez. Working from the center of the ring, Arellano did well on the inside when he had Vazquez pinned against the ropes.

Vazquez swung momentum in his favor in the Round 5. During the course of the next few rounds, Vazquez landed more combinations and returned to beating Arellano to the punch. Vazquez was successful in backing Arellano up against the ropes, where he landed the more effective punches.

Veteran Shannon Briggs has drawn attention recently for his out-of-ring antics to lure heavyweight champ Wladimir Klitschko into an undeserved fight. The former champ took a break from that by actually fighting in the ring over the weekend.

Briggs, 42, knocked out Richard Carmack in the opening round at the Isle of Capri Casino in Lula, Mississippi on Saturday.

It was all Briggs, who dominated the action against the overmatched Carmack, blooding the nose of his much-shorter opponent.

Briggs ended matters when he landed a hard left hook to the body of Carmack, who immediately took a knee. Referee Randy Phillips counted Carmack out at 2:59.

Briggs has now won his last six bouts in a row since his one-sided unanimous decision to then-WBC titleholder Vitali Klitschko in October of 2010.

Pro boxing made its return to Arena Coliseo in Mexico City on Saturday. The venue has been used for lucha libre (Mexican-style professional wrestling) in recent years.

It was a stay-busy fight for Molina, a resident of Commerce, which is a suburb of Los Angeles.

Molina (16-1, 7 KOs) has won his last seven bouts since his eight-round unanimous decision loss to Artemio Reyes in October of 2011.