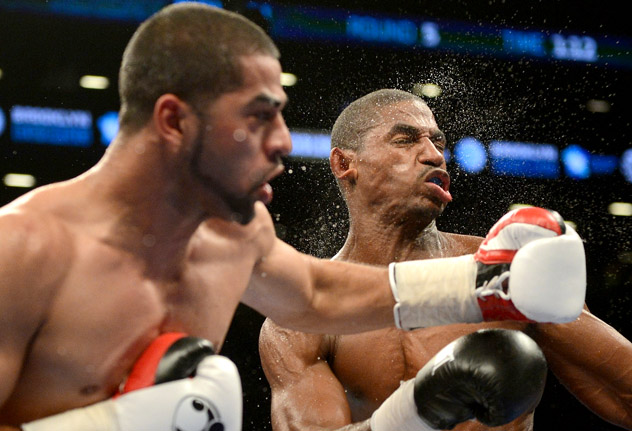 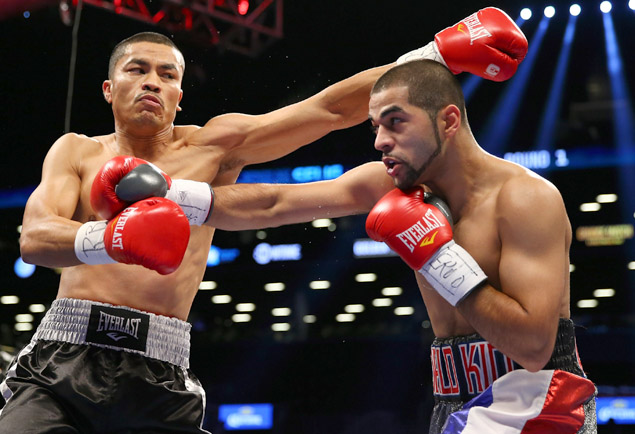 With the welterweight division among the deepest in boxing, Sadam Ali and Luis Abregu are in search of definitive victories entering their Nov. 8 clash at Boardwalk Hall in Atlantic City.

Although considered more of the boxer entering the bout, Ali (20-0, 12 knockouts) has scored knockouts in five of his past seven fights.

“I know he is a boxer who had a very good amateur career,” said Abregu, 30, who will fight the 26-year-old Ali on the HBO-televised undercard of the light heavyweight unification bout between Bernard Hopkins and Sergey Kovalev.

“I hope that he engages with me so that it will be a good fight. I plan to give the fans their money’s worth and I will fight very hard. I hope that he will do the same so that everyone enjoys the fight.”

Abregu (36-1, 29 KOs) has won seven straight fights, six inside the distance, since falling by unanimous decision to two-division titlist Tim Bradley in 2010. Among Abregu’s victories during his run was a seventh-round knockout against previously unbeaten prospect Thomas Dulorme in 2012. 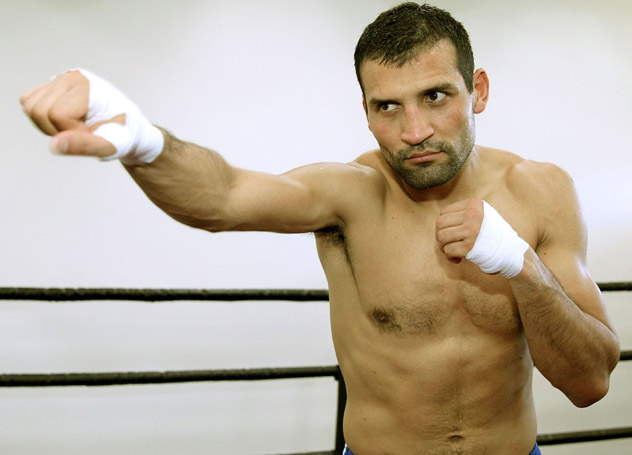 In April, Abregu ended a nearly one-year ring absence against the previously unbeaten Jean Carlos Prada, rising from a seventh-round knockdown to score a knockout in the eighth before his countrymen in Argentina.

Abregu had been out of action action since April of last year due to an injured right hand, but impressively ended a streak of three straight knockout victories by Prada. Prior to Prada, Abregu scored a unanimous decision over Antonin Decarie, who entered their fight with a mark of 27-1.

“I’m expecting a hungry fighter, a strong fighter. Somebody who sees nothing but winning,” said Ali. “He wants to win, and he wants to take me out of his way. He’s a great fighter and I have respect for him, but I’m ready to go out there and perform.”

“In addition to representing myself, I always feel like I’m representing Golden Boy, too,” said Ali. “It’s great to bring everyone together. I think we should all work together. It’s for the boxing fans and everybody that’s watching.”

“I think it’s definitely a good thing when two important boxing companies work together,” said Abregu. “This opens more doors for boxers and it gives all of us better and bigger opportunities.”

Ali will be fighting only about a 2 1/2-hour drive south from his hometown of Brooklyn. He has been a regular at the New York borough’s Barclays Center since it opened in 2012, having fought there in three of his past four fights. His most recent appearance was in August, when Ali scored a split-decision victory over Jeremy Bryan.

“Being a Brooklyn fighter means a lot to me. I was born and raised here. Everybody is hungry here, and there have been so many great fighters from here,” said Ali.

“Even though it’s not like how it used to be, I’m trying to bring it back as well. There’s a lot of those guys I look up to, Mike Tyson obviously. I’m close with Paulie Malignaggi and Luis Collazo. Can’t forget about Riddick Bowe and Mark Breland. There are so many great ones, I can’t remember them all.”

Abregu is the latest Argentine to land a high-profile fight on American airwaves, and he’s hoping to achieve the success of his “Argentinian brothers Marcos Maidana, Lucas Matthysse and Diego Chaves” as well as former RING middleweight champion Sergio Martinez.

“I am very proud to represent my country, and I also know that is a great responsibility,” said Abregu. “That is why I will do my best to take a win back to Argentina for all of the people there.”

Note: Quotes are from a press release