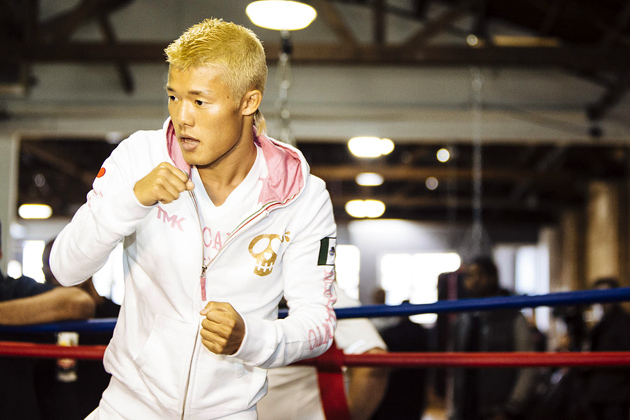 THE RING’s No. 8-rated bantamweight Jamie McDonnell has signed to face the magazine’s No. 9-rated WBO beltholder Tomoki Kameda next year should each get beyond their next opponents, representatives of both fighters informed RingTV.com on Friday.

Promoted by Eddie Hearn of Matchroom Sport, McDonnell (24-2-1, 11 knockouts) must first tackle Walberto Ramos (23-6-2, 16 KOs) on the Nov. 22 undercard of a main event featuring the rematch between Nathan Cleverly and Tony Bellew at the sold-out Echo Arena in Liverpool, England.

Although Kameda (30-0, 19 KOs) has not yet signed, the 23-year-old titleholder from Japan has agreed to terms in advance of Saturday’s defense against Alejandro Hernandez (28-10-2, 15 KOs) in Chicago, according to his manager, Luis DeCubas Jr.

“We have a deal in place with Eddie Hearn. Although Kameda’s side is not done because we’re focused, right now, on Hernandez and nothing else. So on the McDonnell side, we’re ready to go,” said DeCubas of Kameda, who is advised by Al Haymon.

“Our main goal for Kameda is to get every title in the division and then, to move up, and this is our next step. Tomoki is not only a super star in Japan but also in Mexico, where he speaks Spanish fluently. So in the future, Tomoki Kameda is going to be a worldwide superstar. But our main focus right now is on this fight with Hernandez, and after that, we’ll get Kameda happy and set for McDonnell.”

McDonnell, 28, is coming off a 10th-round stoppage of Tabtimdaeng Na Rachawat in May for the WBA’s “regular” title, but THE RING recognizes No. 2-rated 118-pounder Juan Carlos Payano as the WBA beltholder. Payano dethroned long-reigning RING No. 3-rated Anselmo Moreno by sixth-round technical decision last month.

“I’m so pleased Jamie will get his chance to shine in the big lights. He is a two-time world champion, and now has the opportunity to unify the division. He deserves every credit. It makes the Ramos fight even more important. All eyes will be on him at the Echo Arena on Nov. 22, and it’s vital he gets the win and makes a statement to the U.S. audience.”