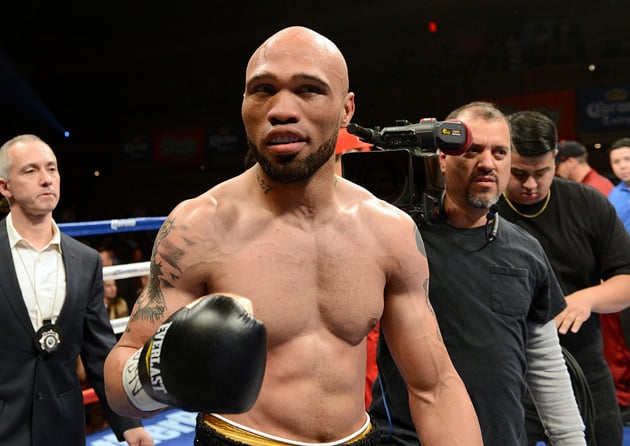 It seems that Erislandy Lara and Ishe Smith have reached a deal for a Dec. 12 junior middleweight clash in San Antonio, Texas.

“All of the terms have been agreed to on our end. There are a few things that have to be finalized but it looks like it will be on Dec. 12 in San Antonio,” said Luis DeCubas Jr., Lara’s co-manager.

“The final details are being put together now. We’re excited to get back into the ring and we’re excited for the fight. This is the fight that Lara wanted. He really wanted Ishe Smith and he’s prepared.”

A former IBF titleholder who is THE RING’s No. 7-rated 154-pounder, Smith (26-6, 12 knockouts) was originally scheduled to face the No. 2 rated Lara (19-2-2, 12 KOs) on May 2 but Lara took an opportunity to face Canelo Alvarez, which the southpaw lost by disputed split decision in July.

“We felt like we won our last fight with Canelo regardless of what was on the scorecards. I think that the world knows that we won that fight. So, now, Lara is moving on and he’s gonna defending his title. Ishe Smith is a solid fighter and one of the best in the division,” said DeCubas.

“Ishe carried himself like a gentleman when he understood that we had to move on to a bigger fight. Now we’re on to fighting Ishe Smith, who was the guy we were supposed to fight before Canelo. Ishe Smith still is a top 10 contender in the junior middleweight division.

“From my understanding, they’re just finishing up the final details but anything can happen in boxing. I thought that I was fighting him on May 2 but instead he just took the Canelo opportunity,” said Smith, 36, who stopped Ryan Davis in the second round on May 2 in Lara’s absence.

“I understood why Lara did what he did at the time. but I know that Dec. 12 is the date and that they’re in the final stages of negotiations. Like I said, it was 100 percent done on May 2 and then something else happened.”

Prior to facing Alvarez, Lara rose from knockdowns in the fourth and ninth rounds en route to a 10th-round knockout of Alfredo Angulo in June 2013. Lara’s following fight was last December, when he floored Austin Trout in the 11th-round of a unanimous decision victory.

“Everybody has counted me out and I’ve played the underdog for a number of years. But I was happy to prove the haters wrong when I beat Bundrage and then I had a little slip up in my first defense. But I’m ready for this fight. This fight is even bigger than the Bundrage fight, even though I made history with that one,” said Smith, in reference to becoming the first Las Vegas-born titlist in any division.