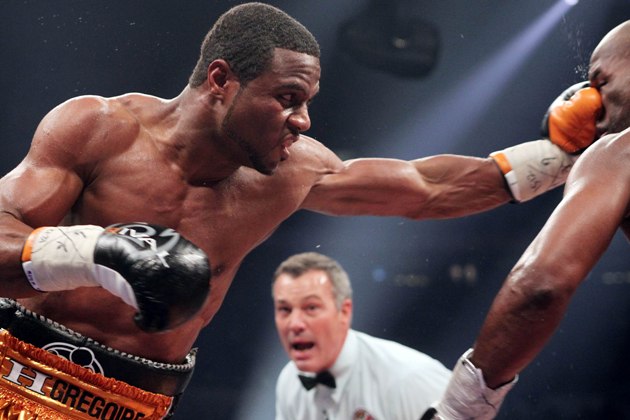 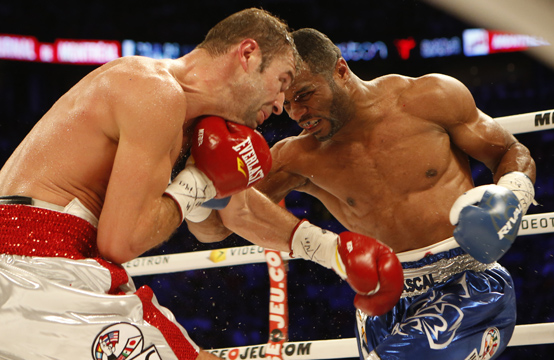 Jean Pascal has a message for RING/WBC light heavyweight champion Adonis Stevenson: Stop hiding.
“I don’t see why he’s hiding from me, because the fans really want this fight. So, in fighting me, the television will be there, everyone will be there,” said Pascal, who, like Stevenson, is a Canadian resident of Haitian descent. “You beat me, you become the king of the country, and also you become a mega star in Quebec. So why is he hiding like that? He’s just scared. He just don’t want to lose that belt.”

Pascal (29-2-1, 17 knockouts) could yet be on a collision course to face Stevenson (24-1, 20 KOs). In fact, the Bell Centre in Montreal has been placed on hold for a potential April 4 showdown between them, according to Stevenson’s promoter, Yvon Michel.

First, however, Pascal is scheduled to face Donovan George (25-4-2, 22 KOs) on Dec. 6 on the undercard of a main event featuring former IBF super middleweight titleholder Lucian Bute against Roberto Bolonti.

But as the mandatory challenger to Stevenson’s WBC belt, Pascal claims that he has spent most of the year trying to get the southpaw into the ring.

“Honestly, Adonis Stevenson is a funny man. Maybe two or three days ago he was on the radio, and the host was telling him that I told the press, ‘That’s my belt,’ and that he had my belt. Stevenson responded that, ‘If he thinks that this is his belt, then he just has to come to get it.’ But I don’t understand why he said that, because for six months I’ve already been trying to come get it and he’s hiding,” said Pascal, who turned 32 on Oct. 28.

“How can you say that ‘he has to come to get it’ when I’ve been trying to come to get it and you’ve been hiding, yourself. You’re hiding your belt, so that makes no sense. Now I hear that he’s fighting a guy named Dmitry Sukhotsky? Like, I don’t even know this guy, and yet he’s engaging in all of this drama and in all of this hiding from me, who is the mandatory fighter, in order to fight a C-plus fighter. He’s trying to hold the belt for so long by fighting bums.”

During that time, Pascal has also scored a unanimous decision over Aleksy Kuziemski and a fifth-round knockout of George Blades.

Pascal and Stevenson share a common opponent in Chad Dawson, who lost by 11th-round technical decision to Pascal in August 2010, and by 76-second knockout against Stevenson in June 2013. Stevenson also owns a 12th-round knockout over George from October 2012.

“In a match between myself and Stevenson, basically, that fight will finish by a knockout, whether he knocks me out or I knock him out,” said Pascal. “You can trust me: That fight won’t go to the distance for sure, because this is not business any more. I feel like Stevenson has got my belt, so for me, this fight, it’s personal.”

George has been suspended by the Illinois Boxing Commission, and his victory over Dyah Davis on Aug. 23 in Chicago declared a no-contest, according to a report by BoxingScene.com.

The handlers of George contend that the fighter tested positive for an anti-inflammatory. While completing pre-fight medical forms, George failed to disclose the use of medication to deal with a hand injury suffered during training 10 days prior to the bout, according to the report.

“The bottom line is that I hurt my hand the week before my fight, and there was no way that I was pulling out, so I didn’t tell anyone or the commission,” said George, who fought Davis with a broken hand. “It’s a total joke. All of these guys are using PEDs, and I get popped for a baby pain medication. That’s life, man.”

Illinois commission director Nancy Illg could not be reached for an immediate comment, but a commission representative informed RingTV.com on Wednesday that information regarding the fighter is classified. It is unclear how long George has been suspended, and whether or not the development will affect the scheduled bout with Pascal.

“It did not catch us by surprise at all. We knew that he was under a 90-day suspension because of not divulging the prescription of the drug he was taking for his hand. His fight is a no-contest, but for us it really doesn’t change anything. It wasn’t because he took some performance enhancing drug. We knew about his administrative suspension,” said Edery.

“We were told the story, and we were also told that he would be able to fight on Dec. 6. He got the short end of a technicality. For us, he’s still our opponent, and we knew it, and we have our commissioner in Quebec, Michel Hamelin, working closely with Chicago to make sure that we can facilitate anything that they need and require and to make sure that we can go ahead with the fight.”

Tim Lueckenoff, president of the Association of State Boxing Commissions, said that Canada falls outside of U.S. parameters and that Hamelin is not obligated to honor the suspension, according to BoxingScene.com’s report.

But Hamelin said that he will honor the Illinois commission’s decision if the penalty has not been removed.

“I’m not answering for them, but I did talk to them about it last week, and the suspension was not lifted as of yet. In Quebec, we’re going to respect the decisions of the commissions in the United States and other commissions,” said Hamelin.

“On our side, as I told the InterBox group when they announced the fight, that I have approved the fight, but the thing is, if the suspension still is there, then the fight won’t go, because I won’t approve the fight.”