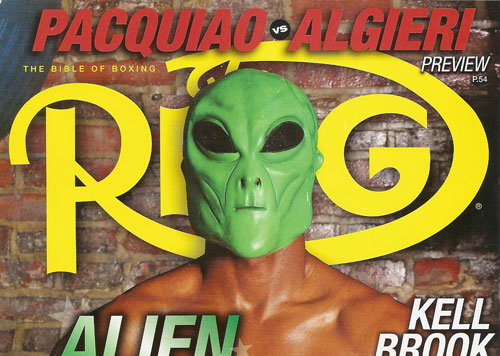 The December 2014 issue of THE RING Magazine is on newsstands now. Don’t know where to find a newsstand near you that sells THE RING Magazine? Click here. To subscribe ÔÇö both to the print and digital versions ÔÇö click here. You can also purchase the current issue on that page.

That’s Bernard “The Alien” Hopkins on our cover, as if you didn’t know that.

Hopkins, who will be a half century old on Jan. 15, will attempt to pull off yet another otherworldly feat when he takes on power-punching Sergey Kovalev on Nov. 8 in Atlantic City on HBO.

The grand old man won’t shock anyone if he beats Kovalev; that’s what he does, even at an grandfatherly age. His superb boxing mind seems to overcome any physical limitations.

This matchup seems to be different, though. Kovalev isn’t as limited as Beibut Shumenov, the last youngster to learn that Hopkins can still bring it.

Kovalev has been a knockout machine similar to Gennday Golovkin, with a string of nine consecutive stoppages that could be longer if it weren’t for a technical draw in 2011 that resulted from a cut on his opponent.

The Russian also reportedly had more than 200 amateur fights, which provided a good foundation in terms of fundamentals. The man knows how to box.

Will Hopkins do it again? Or has he bitten off more than he can chew this time? One person who doesn’t seem to be overly concerned is Hopkins himself. 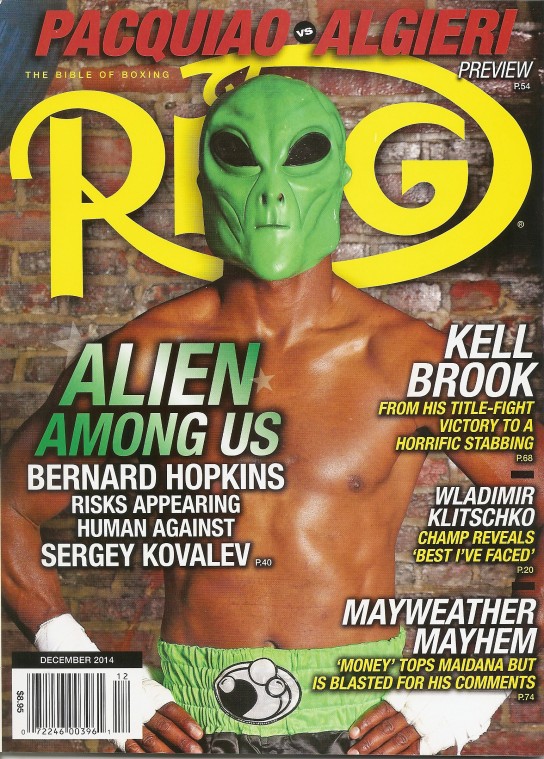 “Don’t worry about when or how I’m going to leave or break down,” he said. “After I whip Kovalev systematically, I don’t want to be on nobody’s pound-for-pound list because that would make me human. You guys are all humans. I understand you. But you don’t understand me.”

As part of our Hopkins-Kovalev preview package, Hopkins explained to contributor Bernard Fernandez in Killing Time how his years in prison as a young man helped shape the person – and boxer – he became.

Hopkins, who was convicted of strong-armed robbery, turned to boxing behind bars in part because there was nothing else to do. And he was fortunate to be incarcerated with a former boxer named Michael “Smokey” Wilson, who taught Hopkins the rudiments of boxing.

Hopkins also learned the value of one thing that continues to serve him to this day: discipline.

“Where do people think I get that toughness, that discipline?” he said.

And, finally, contributor Tim Smith explains in A Win-win-win-win-win-win Situation how the Hopkins-Kovalev fight came together, as Hopkins originally was expected to take on Adonis Stevenson. ÔÇª

December 2014 is a double-preview issue, which also includes a package on the Nov. 22 Manny Pacquiao-Chris Algieri fight in Macau, China.

Contributor Mark Whicker writes in Substance Behind the Stare that the fact Pacquiao is taciturn belies his inner strength, which was honed over a difficult life and continues to serve him in the ring.

In A Moment in the Spotlight, contributor Tim Smith explores the challenges faced by “B-side” opponents like Algieri, who has been thrust into a high-profile situation that he has never experienced.

And, in Algieri Can Beat Pacquiao If ÔÇª , contributor Don Stradley gives you five things that must happen if the underdog is to pull off an historic upset. …

Contributor Elliot Worsell explores in Life Lessons the crazy several-week period in which Kell Brook won his first world title by beating Shawn Porter but then was slashed by a machete while on vacation. ÔÇª

In ‘Money’ Mania, contributor Ron Borges looks back on Floyd Mayweather Jr.’s convincing victory in his rematch with Marcos Maidana and Mayweather’s subsequent comments about domestic violence, which got him into hot water, and a possible fight with Pacquiao. ÔÇª

Contributor Thomas Hauser looks back on the life and career of one-time Cassius Clay opponent and former football player Charlie Powell in No Pretender. Powell died in September. ÔÇª

And, in Fighting in Tinseltown, Stradley writes that we don’t see as many boxers in mainstream films as we once did.

Also in the November issue: