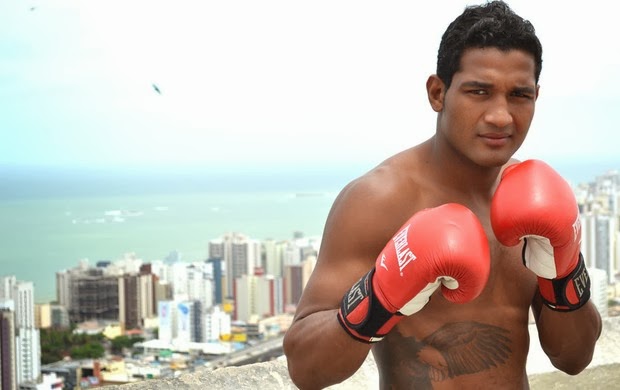 As part of an event matching several Brazilians and Argentines, former WBA and WBO junior lightweight titleholder Acelino Freitas of Argentina is expected to make an appearance.

The junior middleweight main event will feature Patrick Teixeira (23-0, 19 knockouts) of Brazil against Ulises David Lopez (28-4, 16 KOs) in a battle of southpaws.

In their first fight in January, representing the professional debut for Falcao (2-0, 1 KO), Rios (13-2-2, 7 KOs) and Falcao were mutually disqualified for repeated fouls.

Falcao, 26, was last in action for a third-round knockout of Jesus Cruz in July that followed a unanimous decision over Fernando Najera in April.

Rios, 22, had a record of 11-0-2 with five knockouts when he fought Falcao but has since gone 3-2 with three knockout victories. In his last bout in August, Rios was stopped in the seventh round by Cristian Fabian Rios.

Teixeira, 23, is coming off a unanimous decision over Mateo Damian Veron in August and Lopez, 35, scored a second-round knockout over Osvaldo Leonardo Acuna last month. Lopez is 2-2 in his last four fights.