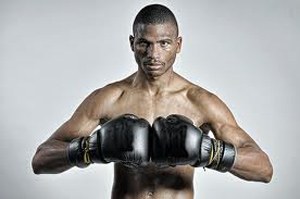 An agreement has been reached for junior welterweight Thomas Dulorme to face Hank Lundy on Dec. 6 as part of a tripleheader at the Barclays Center in Brooklyn, N.Y., promoter Gary Shaw informed RingTV.com on Monday.

Dulorme-Lundy is being planned in support of a main event matching middleweights Gabriel Rosado and David Lemieux to be televised by HBO and whose lead promoter is Golden Boy Promotions.

Dulorme (21-1, 14 knockouts), 24, has won five straight fights since being stopped by Luis Carlos Abregu in the seventh round of a 147-pound bout in October 2012 and is coming off a unanimous decision victory over Karim Mayfield in March.

Lundy (25-3-1, 12 KOs) has won three straight since falling in successive majority and unanimous decisions to Raymundo Beltran and Viktor Postol in July 2012 and March 2013.

In succession, Lundy, 30, has unanimously decisioned both Olusegan Ajose in July 2013 and Angelo Santana in February and scored a second-round stoppage of Gerardo Cuevas in his last fight in May.

“Dulorme came down to 140 and he fought Mayfield. Mayfield doesn’t make anybody look good,” said Shaw. “But I think that Lundy’s style will compliment Dulorme’s style and I think that it will be a helluva fight.”

In addition to Rosado and Lemieux, there will be a 160-pound bout between undefeated Hugo Centeno and James De La Rosa.

TOMMY COYLE ON LUKE CAMPBELL: ‘WE CAN PUT OUR FRIENDSHIP ON HOLD’

Lightweights Luke Campbell and Tommy Coyle remain on course for a summer showdown with their stoppage victories in Hull, England on Saturday.

“We both have the utmost respect for one another but through the city of Hull, we are both loved and supported and the fight is being talked about a lot here,” said Coyle, 25. “Our job is to entertain the fans and for the business and entertainment side of things, we can put our friendship on hold for 30-odd minutes.”

Coyle (20-2, 9 KOs) came up with a sensational second-round knockout of former title challenger Michael Katsidis, who was stopped with a vicious left hook.

“We worked on that left hook in the dressing room before the fight and it’s came off. I can’t change my make-up and I was always going to have a war but I was going to be smart about it. I know I am not the greatest fighter in the world but I am always going to deliver value for money,” said Coyle.

“I am going to put bums on seats and put everything on the line every time. I was so scared and nervous about losing, I’d visualised being in the worst pain ever as I had put him on a pedestal for 12 weeks. The night was perfect and with Luke winning, it sets the fight up in the summer of next year.”

A 2012 Olympic gold medalist, Campbell (9-0, 7 knockouts) scored a fifth-round stoppage of Daniel Brizuela, who had been knocked out in the 12th round by Coyle in a February bout that featured four knockdowns by each fighter.

“It’s a great win for me. He had a very elusive and awkward style and I hit him with some cracking shots in the first round and he just nodded to say, ‘OK, let’s have some more.’ He’s a tough, tough customer, so I had to nullify that and to get him out of there in five, I’m very happy,” said Campbell, 27.

“For him to come back here after his fight with Tommy, I take my hat off to him. Every fight has been a step up and you can see me getting better. The main thing is not to rush. I believe in the path that we are going on. I’ve had four fights on the spin now in four months. I think I will have a break and come back fresh in the New Year.”