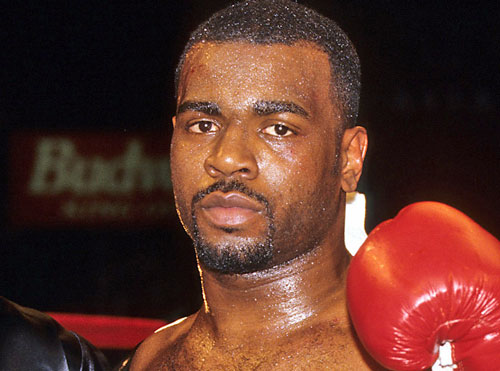 STUDIO CITY, Calif. – Montell Griffin was making his acceptance speech upon his induction into the California State Boxing Hall of Fame on Saturday when his voice cracked and tears came.

Griffin had some big moments in boxing, including a berth on the 1992 U.S. Olympic team and victories over future International Boxing Hall of Fame inductees Roy Jones Jr. (to win the WBC light heavyweight title) and James Toney (twice).

“I just always felt I never got respect from this game,” Griffin told me as we stood to the side of the dais in a Sportsmen’s Lodge ballroom. “Everything I did ÔÇª in a short amount of time ÔÇª and other guys are superstars. I made the Olympic team after only 30 amateur fights. That’s unheard of. I fought James Toney after 14 (pro) fights and I beat him. Then I came back and beat him again. I was beating Roy Jones, the pound-for-pound fighter in the world, when he hit me after I dropped to a knee. I wanted a chance to defe 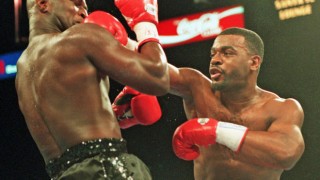 nd my title but they didn’t let me warm up and I never got another fight with him.

Griffin won two fights in the Barcelona Olympics but lost in the third round and then turned pro in 1993. Only two years later he found himself in the ring with Toney, one of the most-gifted boxers of his era.

They fought on fairly even terms but Griffin emerged with a majority-decision victory. He beat toney again the following year, this time by unanimous decision.

“I sparred with Toney as amateur in 1992,” Griffin said. “He told me at that time, ‘You’re like a mirror of myself. There’s nothing I can do with you.” Three years later I got a call from my manager. He asked, ‘Can you beat James Toney?’ I said, ‘I KNOW I can beat James Toney.’

“I wouldn’t say I beat him up or destroyed him. I outhustled him. If you stand in front of him, he’ll pick you apart. I just kept moving, outhustled him.”

Griffin probably is remembered most for his first fight with the then-unbeaten Jones, in March 1997.

Quick and skillful, Griffin, a 6-1 underdog, wa
s fighting Jones on at least even terms when Jones hurt him with a number of punches in the ninth round. Griffin finally took a knee to end the onslaught, at which time Jones landed a one-two that rendered Griffin unable to fight. Jones was disqualified, making Griffin the new champ. It would be the only major title Griffin would hold.

The two met again the following August. This time, Griffin was the victim of two knockdowns and a vicious left hook that ended the fight after only 2 minutes, 31 seconds. Griffin still has trouble accepting his fate in that fight.

“I was rushed into the ring,” he said. “I didn’t warm up five minutes for that fight. Watch the tape. All my friends thought it was tape delayed. It showed Jones warming up; it showed me in street clothes. Five minutes later I was in the ring.

“It’s in the past. I don’t want to whine about it. But it’s something I’ve had to live with the rest of my life. I can take a punch. I fought some of the best punchers of the era and no one did that to me. I just wasn’t warmed up.”

Today, looking fit at 44, Griffin is a Cook County (Illinois) Sheriff’s deputy and runs a boxing program for at-risk kids.

“Why didn’t I get credit for what I did?” he said. “First of all, I came out of nowhere. No one really knew who I was. I was a 5-7 light heavyweight, outjabbing and outboxing people. People thought I was a fluke my whole career. I never got the credit I deserved. I beat two Hall of Famers. I didn’t run from anyone.

“Virgil Hill and Mike McCallum both told me I was a Hall of Famer. Coming from my peers, that’s enough for me.”

I met Jack Reiss about 20 years ago when I was covering a fight card at the Country Club in Reseda, California. He introduced himself and told me excitedly that he was in the process of becoming a referee. I didn’t talk to him long but I remember being impressed. 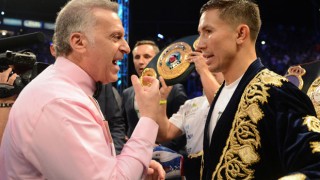 Reiss, who has worked about 50 title fights, was among the inductees on Saturday, recognition for what those in the boxing business already knew about him: He’s one of the best in the business.

I’ve been covering boxing for a quarter century. I’ve never met anyone in the sport more dedicated to his craft than Reiss, a retired fire captain. He works unbelievably hard in a never-ending effort to improve. He’s a great ref. And he’s only getting better.

“I don’t know other than what my wife tells me,” he said when asked why he feels he has succeeded as a referee. “I do everything with passion; I work really, really hard. I think that comes from my upbringing; I didn’t have anything growing up. If I want something now, I’m a pit bull, I go after it.

“And I’ve been very fortunate to have a really good support system, between my family and the guys (fellow referees and officials) I talked about. They’ve given me constant feedback. I have broad shoulders. I can take people saying, ‘You didn’t do a good job.’ I say, ‘Tell me why.’ If there’s truth to what they say, I can change it. That’s how to get better.”

Reiss also is one of the best people I’ve met in boxing, a warm, genuine guy who makes everyone feel as if they’re important. I’m proud to have him as a friend.