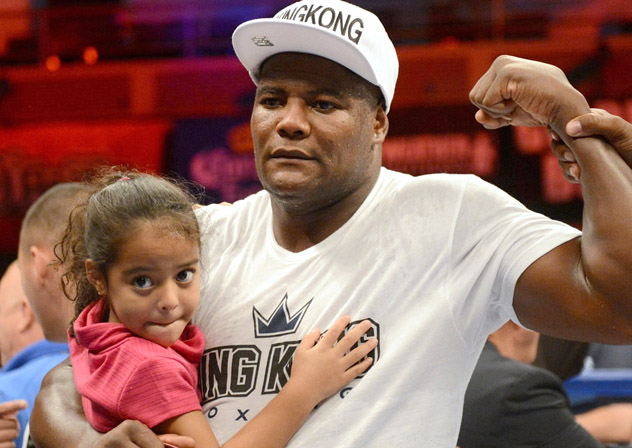 Heavyweight Luis Ortiz has tested positive for the banned substance nandrolone in the wake of last month’s first-round knockout of Lateef Kayode and has been temporarily suspended by the Nevada State Athletic Commission pending a hearing on Monday, according to a document obtained by RingTV.com on Wednesday.

The steroid was discovered during the post-fight drug screen in the urine sample submitted before the fight by Ortiz, according to a document emailed to RingTV.com by Chris Eccles, deputy attorney general and legal counsel to the NSAC.

NSAC executive director Bob Bennett could not be reached for an immediate comment.

“Ortiz’s positive result for nandrolone metabolites indicates that he administered or used a prohibitive substance before the contest,” read the report, in part, also indicating that “…Ortiz failed to disclose his use of nandrolone.”

Ortiz faces up to a 100 percent fine of his purse and up to a one-year suspension from boxing if he is discovered to be guilty. In addition, Ortiz’s victory over Kayode would also be changed to a no-contest.

Ortiz is seeking a continuance in order to have more time to prepare, according to a report by ESPN.com.

Ortiz-Kayode took place on the Sept. 11 at The Joint at the Hard Rock Hotel and Casino in Las Vegas.

Kayode (20-1, 16 knockouts), 31, had last been in action for a sixth-round technical knockout of Jonte Willis in January. The win over Willis was the second consecutive for Kayode since June 2012 when Antonio Tarver tested positive for the banned anabolic steroid drostanolone following a draw with Kayode. As a result, that bout was deemed a no-contest.