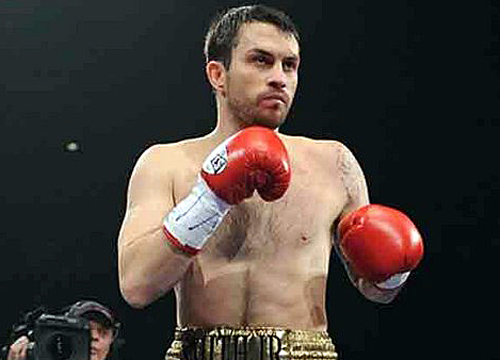 On Tuesday, the WBO denied a petition request by the promoter of super middleweight Paul Smith for an immediate rematch with organization beltholder Arthur Abraham, winner of last month’s disputed unanimous decision.

The protest was submitted by Eddie Hearn of Matchroom Sport, who requested that the WBO review video of the bout and order the return bout. In denying the request, however, the WBO’s championship committee recommended its WBO classifications committee “favorably consider ranking Mr. Paul Smith within the Top 5 contenders” in its ratings.

WBO President Paco Valcarcel said he has been informed by Sauerland Event, which promotes Abraham, that negotiations are ongoing with Hearn for a voluntary defense against Smith.

“I was contacted by the Sauerland people and they wanted to see what the WBO’s position would be if they wanted to negotiate a voluntary rematch,” said Valcarcel.

The championship committee “conducted an independent round-by-round evaluation of the fight by combining the results of the three official judges with those of a five-member, highly qualified and internationally recognized, confidential judging panel, finding that the scores ranged between 116-112 and 115-113, all for Abraham in what was an undoubtedly close and competitive match,” read the WBO’s ruling in part.

“[The committee] understands that post-fight unrest was due to the margin of all of the official judges scores and not the actual result of the bout – with Fernando Laguna’s 119-109 (11-1 in rounds) score being particularly egregious and unacceptable in the eyes of this committee.”

“We’ve tried to be clear all along that the fact that we didn’t order an immediate rematch making Paul Smith the mandatory to Abraham does not exclude the fact that they can negotiate a voluntary fight,” said Jose Izquierdo, general secretary of the WBO.

“In fact, that should happen. So that’s on the table and it’s up to them to come to an accord and to make it happen. I think that we were fairly straight forward with our ruling. We reviewed the fight as we normally do when we have a protest of this kind.”

Abraham, 34, was coming off a unanimous decision over Nikola Sjekloca in May that followed his split decision over RING No. 3-rated super middleweight rival Robert Stieglitz on March 1, the latter earning the belt from the man who dethroned him by fourth-round TKO in March 2013.

Smith (35-4, 20 KOs) had reeled off four straight wins, three of them by stoppage, since being stopped by George Groves in the second round in November 2011. Smith, 32, was coming off a second-round knockout over David Sarabia in May.

Junior lightweight Karim Mayfield (18-2-1, 11 KOs) will return to action on Nov. 8 against Michael Balasi (10-5, 7 KOs) in a 145-pound catchweight bout at the Longshoreman’s Hall in San Francisco, according to a release.

Although Mayfield, 33, has lost consecutive unanimous decisions to Thomas Dulorme and Emanuel Taylor in March and July, respectively, he owns a unanimous decision over title challenger Mauricio Herrera from October 2012.

“Man, I’ve been working real hard in the gym and I’m just trying to get back in the win column. I had a couple of setbacks in my last two fights but I’ve had time to rethink the situation,” said Mayfield, 33.

“Now I feel I’m ready to go on another run. I know I have some fight left in me and I’m going to bring it on Nov. 8 in front of my hometown fans…Balasi is a tough guy but I’m on a mission to get back on top and I’m not going to let him derail me. He’s in trouble.”

A southpaw, Balasi, 33, lost his fourth straight fight in July by unanimous decision to Jonathan Garcia.

Parra, 31, has won three straight, two by knockout, since losing by fifth-round stoppage in May 2013 to RING No. 1-rated junior lightweight Takashi Uchiyama, the WBA’s 130-pound titleholder. In his last fight in August, Parra unanimously decisioned Marco Lopez.

“This is simply another step I need to take to fulfill my goal of becoming an outright world champion,” said Perez, 31.

“I’ve been focused since day one of training camp and look forward to winning in front of my hometown fans. I know Parra will come out swinging but I won’t let that affect my game plan.”