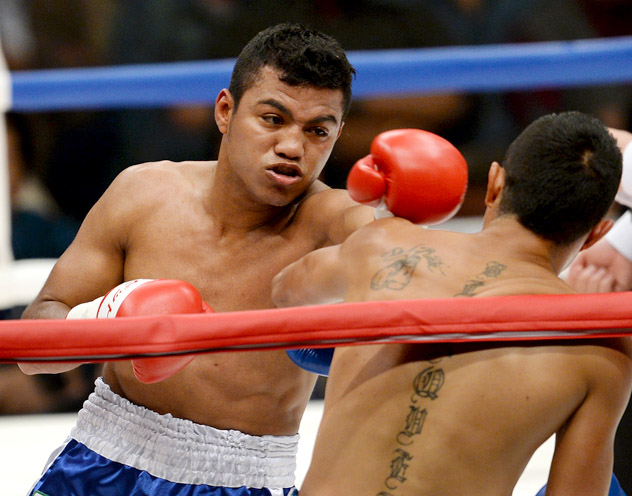 WBC President Mauricio Sulaiman said he has received full notification of the card, which has also been reported by BoxingScene.com.

Gonzalez (40-0, 34 knockouts), a 27-year-old Nicaraguan who is nicknamed “Chocolatito,” has stopped his past six opponents and is coming off a ninth-round knockout that dethroned Akira Yaegashi last month.

Fuentes (35-7-2, 20 KOs), a 28-year-old from the Philippines, lost his last bout by unanimous decision to RING No. 6-ranked IBF beltholder Amnat Ruenroeng in January, a failed bid to earn the IBF’s vacant belt, ending a 15-bout winning streak that included eight knockouts.

“Teiken Promotions’ Mr. Honda has a very good card. Chocolatito is one of the great sensations of today,” said Sulaiman. “Going to defend his flyweight title against Rocky Fuentes of the Philippines, it’s a tough fight. Fuentes is a veteran who can fight, so it’s going to be a very interesting fight.”

Gonzalez-Fuentes is being paired with a fight matching RING No. 4-rated junior lightweight Takashi Miura and Edgar Puerta of Mexico.

Miura, 30, has won seven straight, four by knockout, since being stopped in the eighth round by RING No. 1-rated Takashi Uchiyama, also the WBA beltholder, in January 2011.

Puerta, 32, has won 12 consecutive fights, nine by knockout, since falling by unanimous decision to Ramon Ayala in April 2011 and is coming off a third-round stoppage of Manuel Castro in March.

“The Japanese champion, Takashi Miura will be making his defense against Puerta,” said Sulaiman. “It’s a mandatory title defense. This is a very good boxing card and Japan has established some great events this year.”