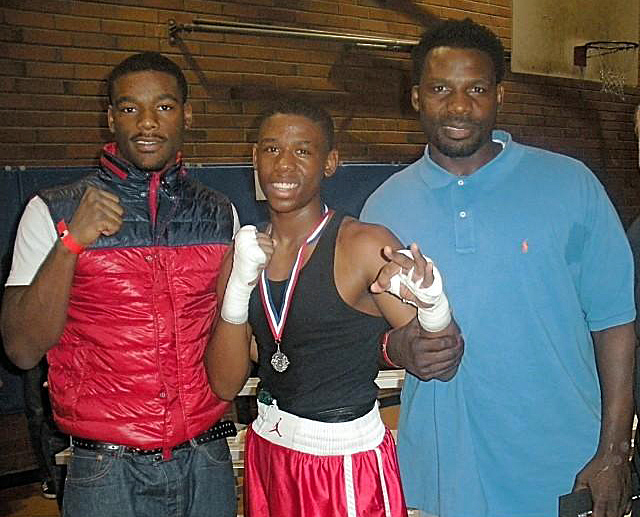 The sons of former heavyweight champion Hasim Rahman filed suit against Floyd Mayweather Jr., Mayweather Promotions and Showtime in The Clark County District Court on Thursday in regard to their collective roles in sparring sessions involving the two amateur boxers during an “All Access” episode, according to various reports.

The Rahman brothers are seeking damages of more than $10,000 plus punitive damages, according to ESPN.com.

Rahman Jr. was in action at Mayweather’s Las Vegas-based gym, during an extended sparring session that was under “The Doghouse” rules, where “guys fight to the death,” quipped Mayweather during the All Access episode.

With Mayweather cheering him on, Rahman Jr. won what was portrayed as a brutal, 31-minute sparring session of a revenge match against Cameron, who had handled Sharif earlier in a similar “Doghouse” session.

But during a Sept. 23 appearance before the Nevada State Athletic Commission to address training safety concerns, Mayweather attacked the credibility of the episode, which aired during the build-up for his Sept. 13 unanimous decision over Marcos Maidana, charging that scenes were heavily edited.

Showtime declined comment to RingTV.com through publicist Chris DeBlasio, as did Hasim Rahman Sr. Mayweather could not be reached for an immediate comment through his publicist.

Mayweather, an executive producer of the All Access series, told the commission that the fighters were given “three or four” breaks, which were not depicted during the episode. Mayweather also received a ringing endorsement from commissioner Bill Brady.

“I’ve watched closely and I’ve seen the sparring. When a person gets tagged hard, it’s stopped. It’s a very disciplined gymÔÇª I’ve never seen anything that would be detrimental to any of the boxers there. Just the opposite. What I saw on TV was totally opposite of what I’ve seen or felt there.”

According to a report by Yahoo!Sports, however, the suit alleges that Sharif Rahman suffered injuries that caused him to seek medical attention.

“Defendant Mayweather knowingly misrepresented facts while testifying before the Nevada State Athletic Commission,” read the suit, according to Yahoo!Sports.