Demetrius Andrade-Jermell Charlo in the works? 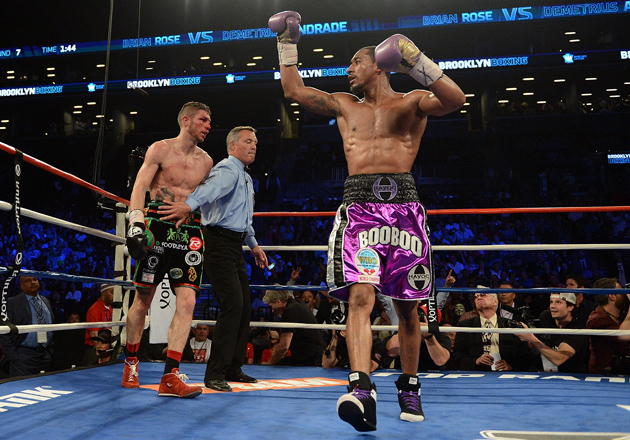 Talks are ongoing for a junior middleweight clash of unbeatens matching WBO beltholder Demetrius Andrade and Jermell Charlo on Dec. 13 on Showtime, according to WBO general secretary, Jose Izquierdo.

“Yes, we have heard about that and we have been made aware of that fight. I’m aware that that fight is going to take place, or could happen. I know that he’s working on it,” said Izquierdo. “I know that there are ongoing conversations to make that fight happen at 154 for the title. But it hasn’t been requested, and it hasn’t been sanctioned as of yet, today, by the WBO.”

In his past two bouts, Andrade (21-0, 14 knockouts) defeated previously unbeaten Vanes Martirosyan by split decision for the vacant belt last November and scored a seventh round stoppage of Brian Rose in his last fight in June. In his previous fight in January 2013, Andrade, 26, unanimously decisioned Freddy Hernandez on Showtime.

In his past two fights, Charlo (24-0, 11 KOs) has unanimously decisioned Gabriel Rosado in January and Charlie Ota in May. Jermell Charlo is the 24-year-old twin brother of fellow 154-pound contender Jermall Charlo (19-0, 15 KOs).