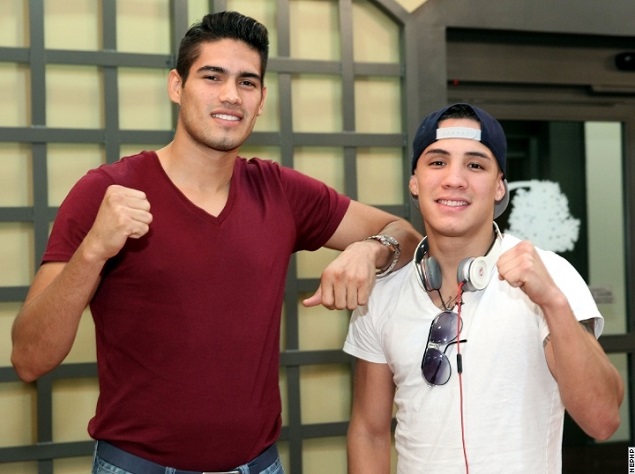 Super middleweight Gilberto Ramirez will pursue his fourth straight stoppage victory against Fulgencio Zuniga on Nov. 15 at the Alamodome in San Antonio, Texas, Top Rank Promotions will announce during a Thursday press conference at the venue.

Coming off a second round knockout of Jesus Bermudez in June, Zuniga has split victories with former titleholder Alejandro Berrio, stopping Berrio in the seventh round in July 2012 and losing their rematch by unanimous decision in November 2013.

Having lost five of his past eight fights, Zuniga has gone the distance in losses to former titleholder Tavoris Cloud, Olympic gold medalist James DeGale, Hassan N’Dam and Thomas Oosthuizen, and been stopped by former beltholders Kelly Pavlik and Lucian Bute in the ninth and fourth rounds, respectively.

“Overall, guys like Gilberto Ramirez come around only once every few years. This is a guy who, like Canelo Alvarez or a Julio Cesar Chavez, can captivate an entire country like Mexico. The difference with Ramirez is that he’s nearly 6-3 and he comes with those Hollywood matinee looks. He’s a very good looking kid and a super middleweight boxer whose style is much more aggressive and much more fan-friendly,” said Sean Gibbons, Ramirez’s agent.

“Ramirez is a super middleweight who goes to the body like Mike McCallum went to the body. He’s definitely that next Mexican superstar. The fight on Nov. 15 is a statement fight and an opportunity for Ramirez to propel himself into that next level. He needs to go out and not just beat Zuniga but he needs to go and stop Zuniga. He needs to go out and pound him down. Just beating Zuniga, we know Ramirez can do that. But he needs to really get the people excited and in order to do that, he’s got to really beat him, because Zuniga is a gatekeeper who hangs around.”

A 23-year-old who signed with Top Rank in October 2012, Valdez represented Mexico in the 2008 and 2012 Olympic games, the latter of which took place in August 2012 in London during which Valdez advanced to the quarterfinals as a bantamweight.

In the quarterfinals, Valdez lost to eventual silver medalist John Joe Nevin of Ireland, whom he forced to take a standing eight-count following a debilitating body shot.

After stopping his first 11 opponents, Valdez went the distance for the first time in his last fight in July when he scored a unanimous decision over veteran Juan Ruiz, who has never been stopped.

Garza, 29, has lost three of his past four fights and was last in action for a unanimous decision loss to former titleholder Billy Dib in July.

Ramirez and Valdez will be televised on HBO Latino with an untelevised fight featuring San Antonio-based lightweight Ivan Najera against an opponent to be determined.

Najera, 21, will be fighting for the third time this year, having won by unanimous decision over Angel Hernandez in March and by split decision over Stan Martyniouk in August.