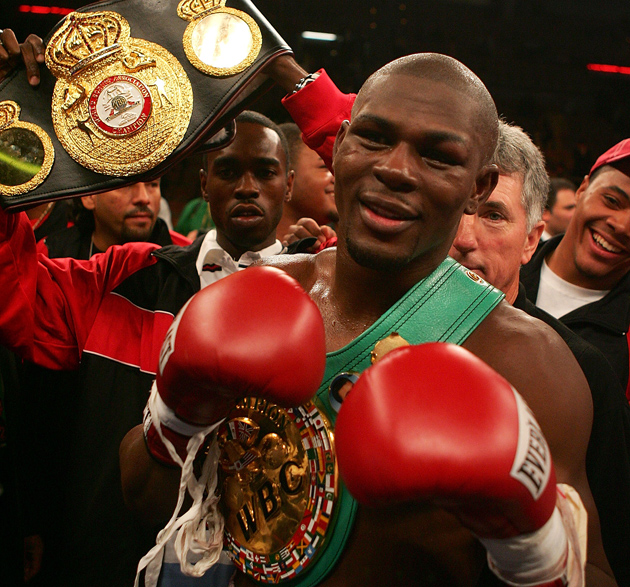 Since Jermain Taylor lost the undisputed middleweight championship to Kelly Pavlik in 2007, his career has had its ups and downs, but mostly downs. On Wednesday, almost seven years to the day he lost to Pavlik, Taylor, now 36, will face Sam Soliman for the IBF 160-pound title.

“(I’ve) come full circle,” Taylor told RingTV.com from his training base in Ocala, Florida. “It’s like Sam Soliman is in the way. I don’t think he has no business even in the ring with me.

“I don’t think nothing of him. I think I’m gonna go out there and beat him down. I respect him because he’s a man and he gets in there to fight and he’s a world champion but as far as anything else I don’t think he should be in there with me.”

After an outstanding amateur career that culminated in a bronze medal at the 2000 Olympics, Taylor made his way into the pros.

He built up as the Heir Apparent to Bernard Hopkins’ middleweight throne, and beat the usual mixture of solid journeyman, fringe contenders and former beltholders on his way up the 160-pound mountain before meeting Hopkins for the unified championship in the summer of 2005.

Taylor scored a close, controversial split decision. They met in a rematch that fall, in what was Taylor’s first defense. This time Taylor won by close unanimous decision.

Although Taylor emerged with the as middleweight champion, Hopkins had appeared to take something far more valuable than Taylor’s prime. But that’s not something Taylor agrees with.

“I’m not a big boxing person, I’m not a fan of boxing, I don’t watch on TV,” said Taylor. “After those Hopkins fights, that was the highlight of my career. I reached the peak of my career, I didn’t care about anything else. I hate to say that but that’s the truth.

“That’s what everybody goes for, to be middleweight champion of the world. I think if I had been more of a student of boxing I’d have held onto my championship a little longer because I would have had the same intensity as when I was going into the ring with Hopkins until now, now I have that intensity again because I want to be middleweight world champion once again and I cannot wait to get in the ring. I feel the same way that I felt on the second Hopkins fight, there’s no way I’m gonna lose this fight.”

Unsurprisingly he credits his career high as winning the middleweight championship against the legendary Hopkins.

“The second Hopkins fight, everything clicked that night,” he said. “That’s how I feel going into this fight like everything is going just right. There’s no way I will lose.” 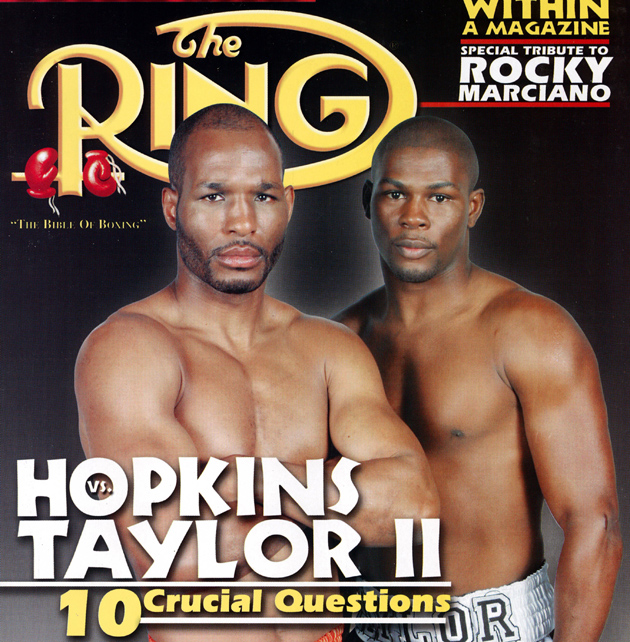 Taylor left long time trainer Pat Burns after the second Hopkins bout to hook up with Emanuel Steward. Despite working under the auspicious eye of one of the greats the two didn’t seem to mesh well together.

He appeared en route to another successful defense when he met Pavlik, dropping the Youngstown, Ohio fighter in the second round. Despite winning the battle in Round 2, ultimately Taylor lost the war and was stopped in Round 7.

Taylor had more tough times after his first loss, including further loses to Pavlik in a rematch, Carl Froch up at super middleweight and Arthur Abraham on the opening night of Showtime’s ‘Super Six’.

Following the loss to Abraham, a brutal and frightening final-round KO, Taylor was diagnosed as having a brain bleed. It looked the end of the road for the likeable Arkansas native.

“After Abraham I had something on the brain, an injury,” he said. “I don’t know what it was but everything has healed up. I’ve been cleared, I’ve had four fights since and everything is good, I’ve won them all and now I’m ready for the championship.”

When he decided to carry on he called Burns and his former trainer was happy to re-join the team following a battery of medical tests undertaken by Taylor. The two are unbeaten together, going 29-0.

Recently Taylor was involved in a fracas with that saw a family member shot in the leg but he was unable to speak about the incident with RingTV.com due to the pending court case.

When RingTV.com caught up with Taylor he kindly took part in the popular series ‘Best I’ve Faced,’ picking the best fighters he’s fought in 10 categories.

BEST JAB – Winky Wright – He had a good jab. It was more his defense really, he’d come off his defense with a sneaky little jab, that’s what made him good. 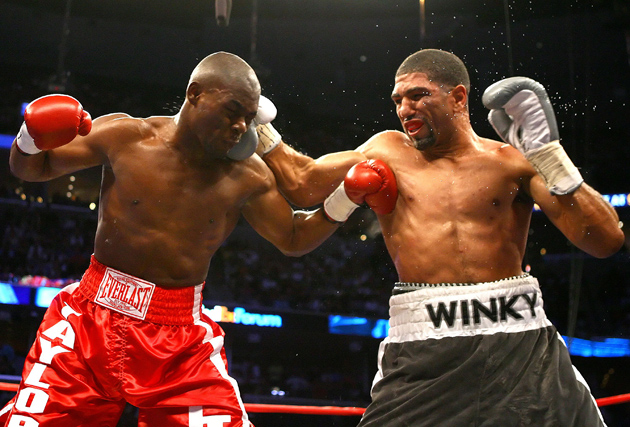 BEST DEFENSE – Wright – I’d have to go Winky Wright again, his defense was awesome. I remember I had to punch his arms. I had to pretty much make him hit himself.

BEST CHIN – Kelly Pavlik – That boy got up (off the canvas). I knew he was out. I thought I had him out and punched myself out and he got back up and won the fight. I’ve got to give it to Kelly.

BEST PUNCHER – Arthur Abraham – He caught me with a good one.

FASTEST HANDS – Me – I don’t know, man. I don’t really know anybody who had faster hands than me. It would have to be me Jermain Taylor. My jab comes off good. I pretty much react off the other guy when I see that jab working I throw it. If I find a home for it, it’s gonna be a long night for somebody.

FASTEST FEET – Cory Spinks – Cory Spinks ran his ass off! (laughs) I couldn’t catch Cory Spinks for nothing in the world. That man ran so fast, oh my God, I hit him one time and I never seen him again the whole fight!

I don’t want to talk bad about him. He’s a good friend of mine.

SMARTEST – Hopkins – It would have to be Hopkins, that man he pushed me to the limit. The thing about Hopkins is you have to go in there and beat him up because you don’t know what he’s gonna do. 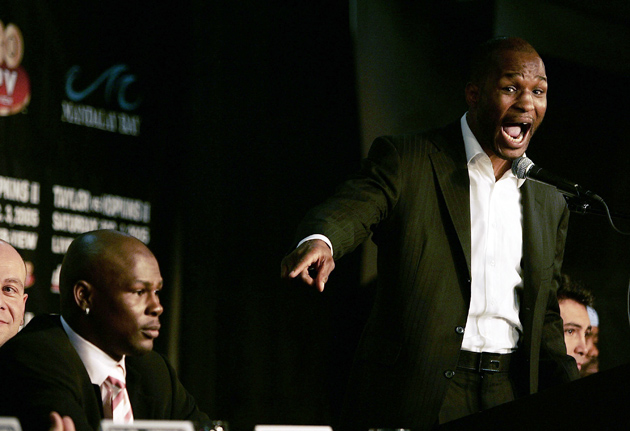 STRONGEST – Grady Brewer – It was early in my career in Florida at a casino. It was a great fight. I remember it I had to push it, he was coming to fight. He was a strong fighter. Everybody has their style but this guy just came to fight. I’ll never forget that fight.

BEST OVERALL – Hopkins – The best fighter I ever shared a ring with, again I’d have to go Bernard Hopkins. He’s still going today; he’s still on top of his game today, still on top, giving guys hell. How old is he now? 102 (laughs)?

Questions and/or comments can be sent to Anson at[email protected]and you can follow him at www.twitter.com/AnsonWainwright