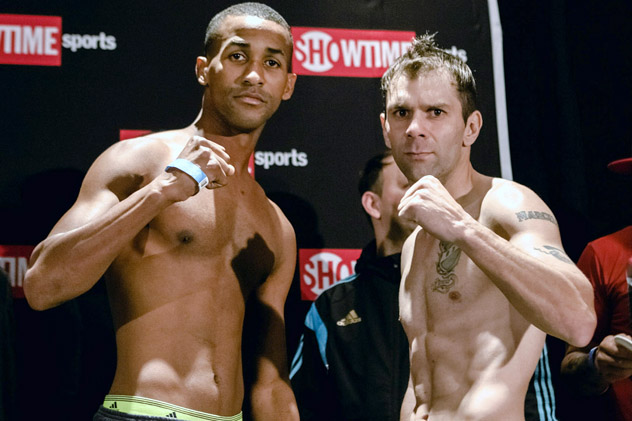 Rances Barthelemy made the first defense of his IBF junior lightweight title with a shutout decision over game but outclassed Fernando Saucedo on Saturday in Mashantucket, Connecticut. Barthelemy, who was in complete command from start to finish, won by unanimous scores of 120-108.

Barthelemy (21-0, 12 knockouts), a 28-year-old boxer from Miami by way of Cuba, utilized his considerable advantages in height, reach, skill and talent stalking Saucedo behind his jab while punishing the 32-year-old Argentine with his right hand, or by outmaneuvering the veteran with stick-and-move tactics.

Saucedo (52-6-3, 8 KOs) tried to take the fight to the near-6-foot Cuban over the second half of the fight but he simply lacked the technique, athleticism, punch output and power to compete with Barthelemy, who won the IBF belt with a unanimous decision over Argenis Mendez in July.

Barthelemy-Saucedo headlined a Showtime-televised card from the Foxwoods Resort & Casino.