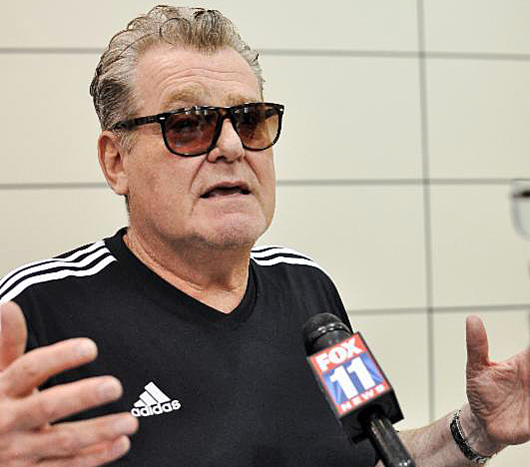 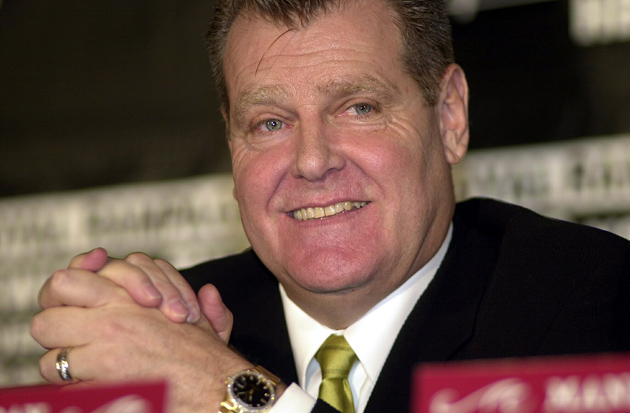 The French have a term for what Dan Goossen embodied. They call it joie de vivre. It is the joy of living and it carries the thought of an enjoyment of everything – food, drink, conversation and people.

Goossen passed away after a brief battle with liver cancer at the age of 64 on Monday morning. My immediate thought upon hearing this sad news was that boxing and the world had just lost a lot of joie de vivre.

I can’t recall a single press conference – pre-fight or post-fight – that Goossen didn’t do or say something that made me laugh out loud. He was big in that filling a room kind of way. He was gregarious and charismatic. And he was hilarious. Sometimes he thought he was funnier than he was, especially when he had a couple of Long Island Ice Teas under his belt.

One of his more endearing qualities was his love of family. A lot of people talk about it, but Goossen lived it. His son, Craig, worked with him and so did his brother, Joe, an outstanding trainer, and his brother-in-law Tom Brown. Whenever he hosted one of the many boxing media dinners before a big fight his wife, Debbie and his young sons, Max and Rex, were at the table. His son, Chris, is a chef and Dan would have media dinners at his restaurants in Los Angeles.

Sometimes I felt bad for the kids because the dinners would stretch late into the evening and invariably one or both of his sons would end up asleep in Goossen’s lap as he regaled those who remained with stories of growing up as a member of a large family whose Dad was an LA detective. Or he’d talk about how he represented Mr. T, the star of the TV show “The A-Team” in the 1980s.

One or more of the boxers he promoted or used to promote would show up for these elaborate dinners and it became like a big family reunion.

It didn’t matter whether I ran into Goossen at a fight or I called him on the phone, the conversations always ran toward family. He asked me about my wife and daughters without fail.

Goossen promoted a card in the Cayman Islands with Andre Ward as the headliner. He put together a travel package for the media. I went down to cover the fight and I took my oldest daughter with me. Her only experience with boxing before that was going to a press conference for the match between Wladimir Klitschko and Ray Mercer in Atlantic City. At the press conference she saw Vitali Klitschko pour a bottle of water over the head of a mouthy member of Mercer’s camp and ignite a near melee. She wasn’t a fan of the sport.

Goossen went out of his way to make sure that my daughter had a good time while she was in the Cayman’s. He didn’t have to do it. He was busy promoting the card. But he did because he wanted to.

Pete Rose was one of Goossen’s friends. Rose had been banned from baseball when I was a sports reporter at the Cincinnati Enquirer. I always believed that Rose should have been allowed back in baseball after spending so much time banished from the game. Goossen once set up an interview for me with Rose in Las Vegas so Rose could make his case. Of course it didn’t matter to anyone in Major League Baseball, but Rose appreciated the fact that he once again got a chance to air his case.

After he signed Reid, the only boxing gold medal winner in the 1996 Olympic Games, he guided him to a world championship after only his 12th professional fight. They were on an accelerated schedule because Reid had a droopy eye lid that got worst the more he was hit in the eye. Surgery could not repair the problem. Eventually Reid was dismantled by Felix Trinidad and that was that.

Goossen never had much success with his heavyweights, though he poured all his energies into trying to make them champions. David Tua was beaten by Lennox Lewis. Chris Arreola couldn’t get past Vitali Klitschko.

Perhaps one of the crowning achievements of his career was guiding Ward, the only boxing gold medal winner in the 2004 Olympic Games, through the Super Six tournament. Ward used the tournament as a springboard to become one of the best Pound-for-Pound boxers in the sport.

Unfortunately, Goossen and Ward were embroiled in a dispute over Ward’s contract, which has kept Ward out of the ring for nearly a year. They were on the outs at the time of Goossen’s death. Even so, Ward released a statement through his publicist, expressing his sadness over Goossen’s passing.

“I was deeply saddened to learn the news of Dan Goossen’s passing early this morning,” Ward said in a statement. “My thoughts and prayers have been with Dan and his family since I received the news of his illness last week. While Dan and I recently had our professional struggles, he was a great man, father and husband. He will be greatly missed by the boxing community. I will continue to keep the Goossen family in my prayers.”

Despite the nature of the boxing business, Goossen always maintained joie de vivre. Don’t ask who in boxing will fill that huge void. Goossen was a one-of-a-kind.