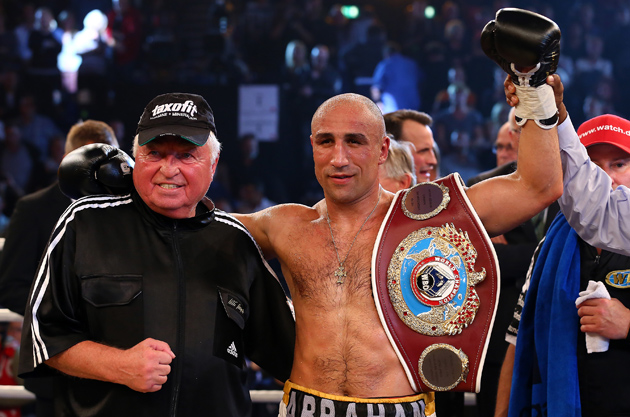 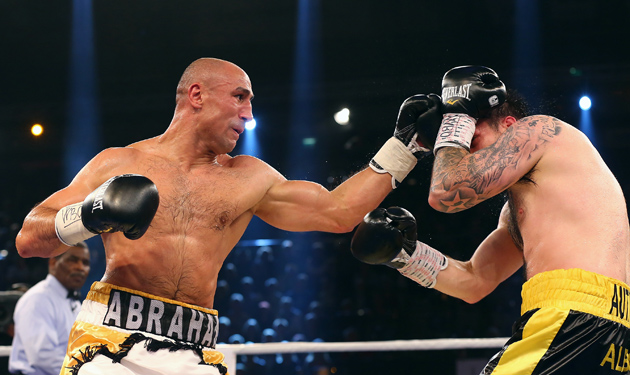 True to the betting odds seasoned power puncher Arthur Abraham successfully defended his WBO super middleweight title against Paul Smith by way of unanimous decision in Germany on Saturday, however the result and the scoring does not come close to telling the story.

The ringside officials managed to favor the defending titleholder by scores of 117-111 (twice) and 119-109 in what appeared to be an extremely competitive fight and those numbers have created real controversy.

Abraham, as he has throughout his career, spent way too much time spectating instead of countering and Smith was, by far, the more consistent boxer. There is no doubt that the defending champion landed the more punishing blows but Smith absorbed the best of them and frequently fired back.

“I thought it was a great fight,” said Kalle Sauerland, Abraham’s promoter, when interviewed by Sky Sports. “I gave the fight to Arthur by five or six points and there’s no doubt that he won tonight. We’re happy with the result because Arthur showed that he can box as well as punch.”

Mr. Sauerland’s generosity, in relation to the scoring, was in the minority.

Smith (35-4, 20 knockouts) started confidently, jabbing well and making a real target of the body in the opener. He probably edged the session but Abraham’s power, when he did find the target, seemed to register in the eyes of the popular British champion.

Abraham, THE RING’s No. 2-rated super middleweight, was clearly out-boxed in the second but Smith’s success seemed to throw him into a higher gear. Throughout the remainder of the early sessions the home fighter had solid success with the jab, which reddened Smith’s face, and thumping rights found the mark when the challenger’s back touched the ropes.

Still, despite the warning signs, Smith bit down hard on his gum shield and pumped out the work in a terrific sixth frame. He matched Abraham on the jab, attacked the body with both hands and responded when the champion attempted to put him in his place. It was gallant stuff from the underdog and his gutsy display was confounding the critics.

Smith continued to give the champion hell in the seventh and his passion was visceral. Abraham, attempting to regain control, unloaded with a powerful attack but Smith bounced back with a solid combination of his own and his inside work was both eye catching and effective. 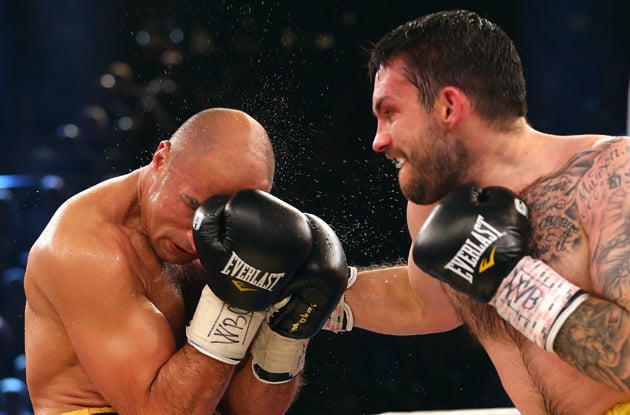 The challenger gave Abraham a different look in the later rounds. He continued to work well behind the jab but moved a little more to keep his opponent off balance. In the 10th, despite adopting this safer approach, he momentarily stunned Abraham and forced him on to the back foot – a rare sight.

Sensing urgency the teak-tough champion gave it his all in the final two sessions but Smith kept his shape and used foot work to avoid serious damage. The visitor may have lost the final six minutes, in the eyes of some observers, but he gave an excellent account of himself over the 12 rounds.

Abraham, a former middleweight title holder, has been competing at world level for almost 10 years but his colossal edge in experience was not decisive. Smith has solid amateur credentials and, despite being a huge underdog, implemented a quality game plan which, sadly, was not appreciated by the judges.

“What can you do?” said Smith, incredulously. “It’s disgusting and this is what I hate about boxing. These judges have never boxed in their life and this happens from schoolboy shows all the way up to the top level. They’re depriving fighters of making a living.

Unarguably a stronger force at middleweight, the 34-year-old Abraham has failed to make a mark against the elite at 168 pounds. He was defeated handily by Carl Froch and Andre Ward and rematches against those rival title holders are not in demand. Smith, who was considered by most to be way out of his depth, exposed his flaws once again.

In the co-featured bout, three-time middleweight title challenger Matthew Macklin returned to action following a nine month layoff to post a majority decision over Jose Yebes in an eight rounder.

Severe ring rust hindered Macklin (31-5, 20 KOs) early and he was caught napping on several occasions by a very game opponent. As the bout reached the midway point the Englishman began to find a bit of rhythm and he landed the cleaner more effective blows down the stretch.