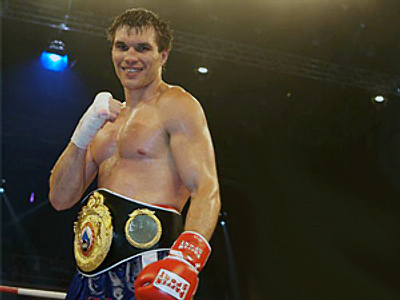 Drozd, a 35-year-old boxer-puncher who briefly retired from boxing in 2010, boxed smart during the first half of the bout, clearly going for points as he out-maneuvered and out-jabbed Wlodarczyk from the outside, landed clean-but-not-hard right crosses, and tied the Polish veteran in close. Drozd was lighter on his feet, quicker with his hands and the busier of the two cruiserweight standouts.

Wlodarczyk, who was attempting to make the seventh defense of the WBC belt he won in 2010, was frustrated by Drozd’s tactics. He stepped up his aggression in Round 6 and forced some exchanges, but was buzzed with a right cross just before the bell. Wlodarczyk got up and tried to remain game, as he usually is, but he seemed to lose the will to win after suffering the knockdown.

Drozd, who entered the bout as the European champion, won his 14th straight fight since suffering a fifth-round TKO to Firat Arslan in his lone loss in 2006.