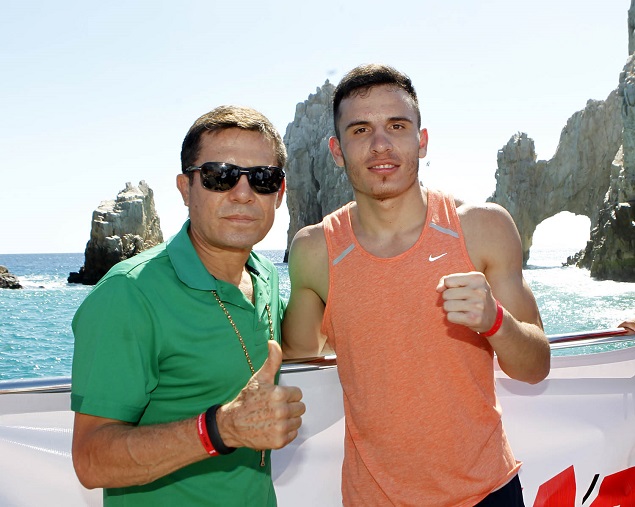 Mexican pride will be intensified by family bloodlines and bragging rights when Omar Chavez and Ramon Alvarez take the ring in Tuxtla Gutierrez, Chiapas, Mexico, for a scheduled 10-round, junior middleweight bout on Saturday.

Chavez (32-2-1, 22 knockouts), 24, is the son of former champion Julio Cesar Chavez Sr. as well as the younger sibling of ex-middleweight titleholder Julio Jr.

Ramon Alvarez will be after his sixth consecutive win since falling by unanimous decision to Mario Alberto Lozano in October 2012 and was last in the ring for a ninth round knockout of Rodrigo Mejia in June.

“I wish my brother [Ramon] the best of the best in his fight against Omar Chavez on Saturday in Tuxtla Gutierrez, Chiapas,” said Canelo Alvarez, 24, who recently signed an exclusive multi-fight deal with HBO. “I know it is very hard and heavy [grudge] fight for everything that has been written and stated in the public and I understand that both have in mind the victory.”

Coming off a unanimous decision loss to Sergio Thompson in March, Ricardo will face an opponent to be determined on Sept. 29 in support of a featherweight main event between Joseph “Jo Jo” Diaz Jr. and Raul Hidalgo at the State Farm Arena in Hidalgo, Texas.

“Also I wish good luck to my other brother, Ricardo,” said Canelo. “He will be fighting next Monday in Hidalgo, Texas.”

Note: An ongoing lawsuit by All Star Boxing promoter Felix “Tuto” Zabala Jr. against Alvarez and Golden Boy Promotions is scheduled for mediation in Miami on Friday, according to a report by ESPN.com.

Zabala contends he signed Alvarez to a four-year promotional deal in 2008 and that Golden Boy interfered and stole the fighter, according to the report.