Adonis Stevenson-Jean Pascal could be made for next April 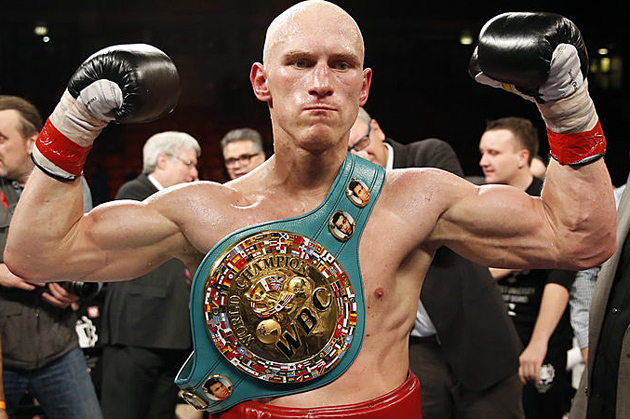 The Bell Centre in Montreal has been placed on hold on for a potential April 4 showdown between RING/WBC light heavyweight champion Adonis Stevenson and former champ Jean Pascal, promoter Yvon Michel informed RingTV.com on Monday.

“We have reserved the Bell Center for that date long ago. Every year, we reserve a strategic date, and that date has been reserved from a long time ago at Bell Centre,” said Michel. “Adonis is committed to the WBC to fight his mandatory contender, and that mandatory contender is Jean Pascal, so if we are able to come to an agreement, then that April 4 date would be the perfect date for that.”

“The free negotiations period is from Jan. 2 to Feb. 2,” said Michel. “The purse bid would be set for Feb. 2 if we do not come to an agreement. It would absolutely be a big fight for Bell Centre.”

Stevenson, who signed with powerful advisor Al Haymon in February, went 4-0 over the course of 2013 with knockouts of Darnell Boone, Chad Dawson, Tavoris Cloud and Tony Bellew.

In his last fight in May, Stevenson scored knockdowns in the first and fifth rounds and rose from the canvas himself in the ninth of a unanimous decision over Andrzej Fonfara at Bell Centre.

Stevenson was 13-1 with 13 knockouts in his previous 14 fights going into the bout with Fonfara, and had stopped 10 consecutive opponents since being knocked out by Darnell Boone in April 2010.

Pascal won his last fight in January by unanimous decision over former IBF super middleweight titleholder Lucian Bute also at Bell Centre. The victory over Bute was Pascal’s third straight since losing his WBC title via unanimous decision to Bernard Hopkins in May 2011.

During that time, Pascal has also scored a unanimous decision over Aleksy Kuziemski and a fifth-round knockout of George Blades December 2012 and September 2013, respectively.

Former champion Roy Jones Jr. was in the corner of Pascal against Bute, having been brought in due to Jones’ past success with southpaws.