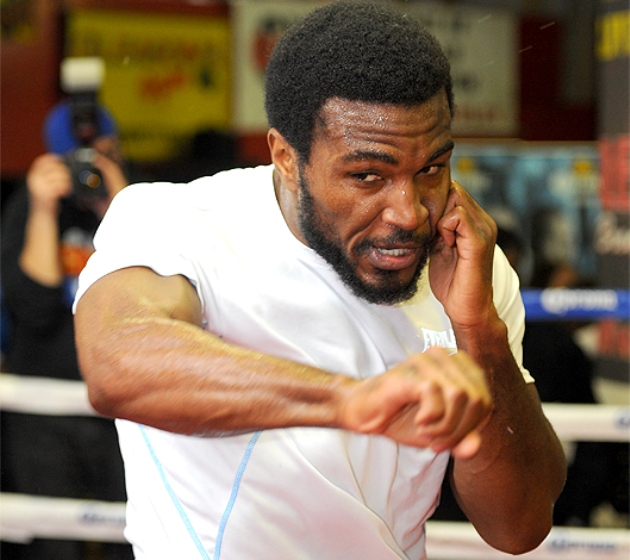 Cloud lost the IBF light heavyweight title by unanimous decision to Bernard Hopkins in March 2013 and was stopped in the seventh round of his following fight last September by RING champion Adonis Stevenson.

A graduate of the University of Dagestan in Makhachkala with a degree in law, Beterbiev participated in both the 2008 and 2012 Olympic Games.

In 2008 in Beijing, Beterbiev lost in the second round to the eventual gold medalist Zhang Xiaoping of China. In 2012 in London, Beterbiev was beaten in the quarterfinals by eventual Olympic champion Oleksandr Usyk of Ukraine.

As an amateur, Beterbiev twice defeated current WBO beltholder Sergey Kovalev. However, as a professional, Beterbiev has faced just one fighter with a record above .500 and has two first round stoppage victories and one each in the second, third and fourth.

Beterbiev is coming off a first round stoppage of Alvaro Enriquez on August 22.

Jean is a Haitian-born resident of Quebec who was last in action for an eighth round stoppage of Mario Perez at 135 pounds in June. The victory over Perez helped Jean rebound from a unanimous decision loss to IBF 140-pound titlist Lamont Peterson in Peterson’s hometown of Washington, D.C. last January.

The remainder of the card is as follows:

ROBERT STIEGLITZ TO FACE FELIX STURM IN AN ALL-GERMAN CLASH

Stieglitz, 33, was last in action for a 10th-round stoppage of Sergey Khomitsky in a comeback win after losing his strap via split decision loss to Arthur Abraham in March.

Sturm, 35, earned the IBF middleweight title last December with a second round stoppage of Darren Barker. Sturm then lost the belt in his last fight in May by unanimous decision to Australian Sam Soliman for the second time in under 16 months.

Sturm had fallen by unanimous decision to Soliman in February 2013 but the result became a no-contest after Soliman tested positive for a banned substance.