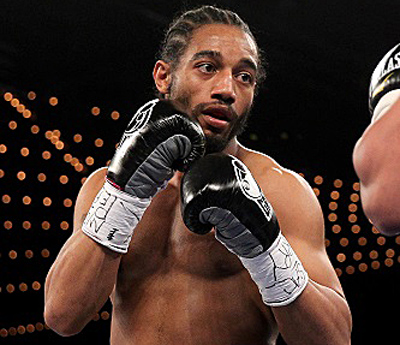 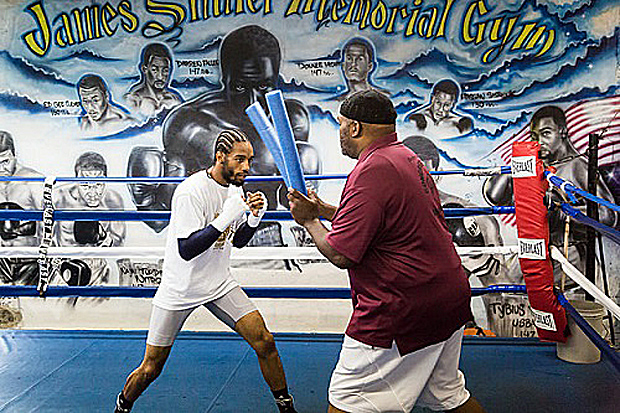 PHILADELPHIA, Pennsylvania – He was too small to see over the edge of the canvas, so he would perch himself up on anything he could at ringside. And there Karl Dargan would sit. His wide, young eyes would absorb everything. His feet would dangle back and forth in rhythm with his mouth, which wouldn’t stop. Dargan knew everything. He knew who could jab, and who couldn’t. He knew who was moving their feet well, and who didn’t.

He also wanted everyone else in the dingy North Philly gym to know he knew, so he would jabber on with his observations at the ripe age of 7, part pint-sized boxing savant, part major-league nudge.

Naazim Richardson laughs today at the recollection, as the Philadelphia-based trainer watches Dargan prepare for Angino Perez (17-5, 15 knockouts) for a lightweight fight Saturday on NBC Sports Network’s “Fight Night” at the Foxwoods Resort in Mashantucket, Conn. Dargan-Perez is the co-feature under the cruiserweight main event between Thabiso Mchunu and Garrett Wilson.

Dargan (16-0, 8 KOs) and Richardson, who also trains future hall of famer Bernard Hopkins, are aware the time to move is now. The 29-year-old Dargan has a deep-rooted amateur background, which includes a gold medal at the 2007 Pan-Am Games, and qualifying for the 2008 Olympic Trials.

But his pro career has been stymied by starts and stops, fighting once in 2007 and 2008, and again just once in 2012. His bout against Perez will mark his third fight this year and sixth overall in the last two years since signing with Main Events.

It’s the most active he’s ever been as a pro. Through the lulls, the talented Dargan has remained patient, firm in his belief his time will come.

“Within my next four or five fights I would like to fight for a title,” said Dargan, who signed with Main Events in January 2013. “As of right now, I want to focus on Perez. My promotional company picks them out and I knock them down. Before I signed with Main Events, I would go to a promotional company and they would say they had opponents for me. Then they found out who they were fighting and pulled out.

“I don’t keep up with how long I wasn’t fighting for. I’m always in the gym. I have great examples around me in Naazim and Bernard. And like Naazim says, everyone wants to eat first, but sometimes you can’t all eat at the table at the same time. I don’t want to rush anything. I was never really stressed about the time off. I would rather take my time and work my way up being prepared, than rushing and going into a title fight not prepared.”

Dargan said he hasn’t seen any film of Perez, 31, but he knows one thing: Perez can punch. His last six victories have come within four rounds, but his last two were over fighters with a combined 0-21 record. Dargan, however, has a lopsided 10-round decision victory in November 2013 over Michael Brooks, who was 10-0-1 at the time.

“I think that was Dynamite’s toughest fight,” Richardson said. “Dynamite beat a southpaw, who was from New York, and we fought him in New York – and he beat him pretty easily. At first, the Brooks fight was scheduled to be an eight-rounder, then it got switched to a 10-rounder. That showed all the intangibles to show us what we were dealing with. Dynamite won every round.

“What bothers me is they keep giving Dynamite these tests, and we’re passing the tests and then we still don’t get a graduating grade. I didn’t like the fact that even the media was talking [about Dargan’s fifth-round TKO of Anthony Flores in June] that he can’t finish. He finished Flores. I really don’t know what more he has to do. I vouched for Karl Dargan with these different promoters – and the kid can fight. He can win titles. You see these young kids coming up and they’re blowing them up without doing anything. I’m not going to kiss anybody. That’s why I get angry. I know this kid has talent. I just want to see him get his chance.”

That’s all Dargan obviously wants, too. The aim is to look good against Perez on national TV, with the hope of parlaying that into an undercard date on the Hopkins-Sergey Kovalev Nov. 8 light heavyweight showdown in Atlantic City’s Boardwalk Hall.

The Dargan camp is concerned with how much Perez weighs, since the last four opponents Dargan faced all came in over the contracted weight.

Inside, the little kid that yearned to learn is still bouncing inside of Dargan. The same one that once shadowed Richardson and his sons, Rock and Tiger Allen, and his older brother, Mike, a stellar amateur in his own right who beat Tim Bradley, Chad Dawson, Kelly Pavlik and Kermit Cintron before his career was sidetracked by the lure of the streets.

Boxing was ingrained in Dargan’s life. He grew up around it. He had gloves on by the time he was 8.

“I would train Mike with my sons, and we would have to babysit Karl,” Richardson said. “When he was real little, he’d sit there twirling his feet telling everybody what they were doing wrong. You’d hear him, ‘He’s not holding his hands right; he’s not jabbin’ right.’ I’d tell him, ‘You know so much, bring your little ass in here and let me see you do it.’ That’s how he got started.”

Dargan vowed he plans on being entertaining Saturday, and if the knockout comes, it comes. But you have the feeling he’ll find something wrong about Perez, and he’ll exploit it. He’s been noticing flaws in fighters for years, ever since ÔÇª “I was a little kid sitting there watching everybody,” Dynamite said. “That little kid is still there. I’m always looking to learn, even if it’s from someone that started boxing that day. The only difference now is that my feet can touch the ground.”