Freddie Roach says Lucian Bute has a lot of tools 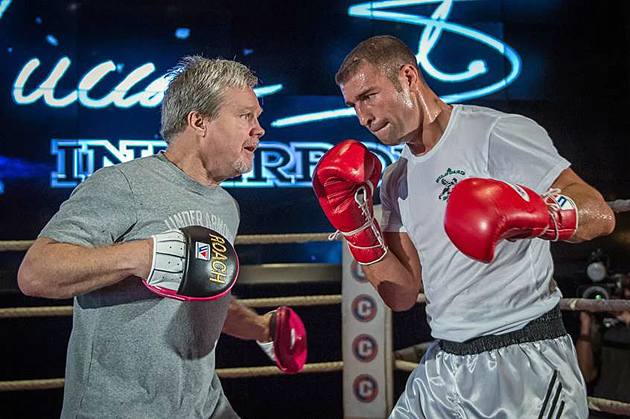 Lucian Bute has “a lot of tools,” according to the veteran’s new trainer Freddie Roach, who will work his first bout with the former IBF super middleweight titleholder on Dec. 6 when Bute returns against an opponent to be determined at Bell Centre in Montreal.

A 34-year-old who has lost two of his past three fights, Bute dropped a unanimous decision to former titleholder Jean Pascal in a light heavyweight bout at Bell Centre in January.

Prior to facing Pascal, Bute (31-2, 24 knockouts) scored a unanimous decision victory over previously unbeaten light heavyweight Denis Grachev in November 2012 that followed his fifth-round stoppage loss to Carl Froch in May 2012.

“I’m surprised that the guy didn’t win his last fight. He’s got a lot of tools, and he just has to put it together,” said Roach of Bute in a statement from Interbox to RingTV.com.

“The boxers that I pick are very few. They have to show me a lot of determination, a lot of work ethic. I don’t like lazy people. The only thing that I’m watching is about their dedication and Lucian is one of those guys.”

JHONNY GONZALEZ TO DEFEND AGAINST JORGE ARCE ON OCT. 4

RING No. 1-rated featherweight Jhonny Gonzalez (56-8, 47 KOs) will defend his WBC belt against three-division titlist Jorge Arce (64-7-2, 49 KOs) in an all-Mexican clash on Oct. 4 in Arce’s hometown of Los Mochis, Mexico, to be televised on beIN Sports, according to Sean Gibbons, matchmaker for Zanfer Promotions.

Gonzalez, who turned 33 on Monday, has scored 13 knockouts in his past 16 victories and was last in action earning his fourth consecutive win, a 10th round technical decision over previously unbeaten Clive Atwell in May. The win over Atwell represented the first defense of the belt Gonzalez won by shocking first round knockout over previously unbeaten Abner Mares.

Arce, who turned 35 in July, has scored three straight knockouts since being stopped in the third round by Nonito Donaire in December 2012. Arce announced his retirement after the loss to Donaire only to return for an eighth round stoppage of Jose Carmona last November.

In succession, Arce then stopped Aldimar Silva Santos in the fifth round in March and Jorge Lacierva in the eighth round in June. Arce has won title belts in the junior flyweight, junior bantamweight and junior featherweight divisions.