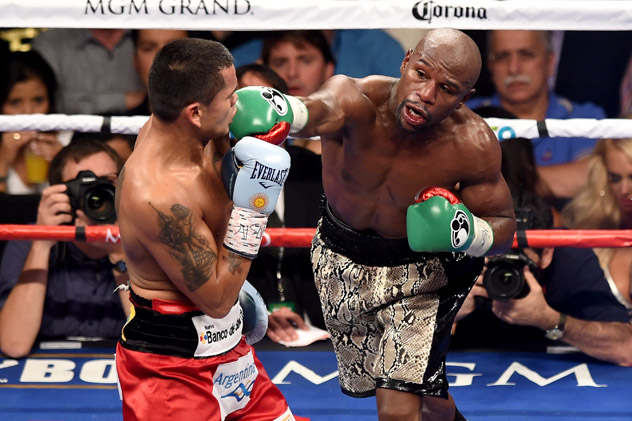 Mayweather, who defeated Maidana by a majority decision in May, had an effective game plan and executed it well. He didn’t throw a lot of punches but landed a high percentage of them, most from a safe distance. And he avoided Maidana’s best shots by using his still-fresh legs or holding when Maidana got inside.

Maidana was competitive when he let his hands go with abandon but didn’t do that frequently enough to win rounds.

The Argentine’s best moment was a hard right in the final seconds of the third round that hurt Mayweather but he was never in significant trouble again.

Mayweather accused Maidana (35-5, 31 KOs) of biting him on the glove in the eighth round, a contention replays seemed to support. And Maidana lost a point for pushing Mayweather to the canvas in Round 10.