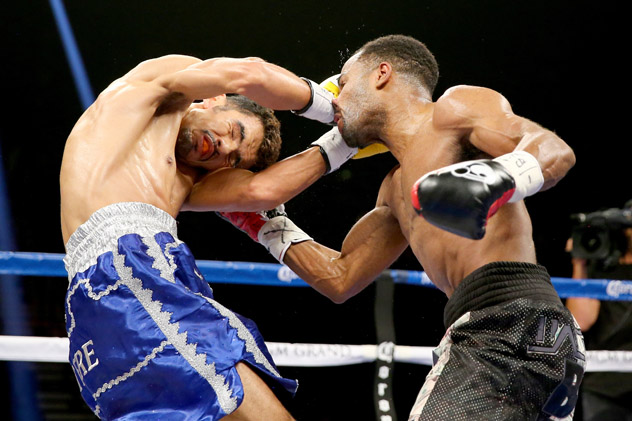 Neither boxer threw or landed many punches but two of the three judges evidently thought Bey (20-2-1, 10 knockouts) outworked Vazquez (35-3, 13 knockouts). Bey did well on the scorecards in the latter rounds.

Judge Adalaide Byrd scored it 115-113 for Vazquez but Julie Lederman (115-113) and Robert Hoyle (119-109) had Bey winning. Hoyle’s score seemed out of line given the competitiveness of the match. Neither boxer was hurt at any time in an uneventful fight.

Bey was stopped by John Molina in the 10th and final round of a fight he was winning in July of last year, a serious setback in his career. However, he has now won three consecutive fights.

Vazquez was making the seventh defense of the IBF title he won in 2010. He hasn’t lost since he was outpointed by Canelo Alvarez in 2008.