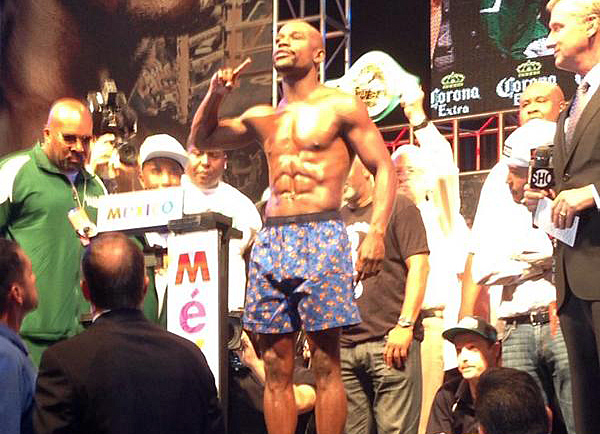 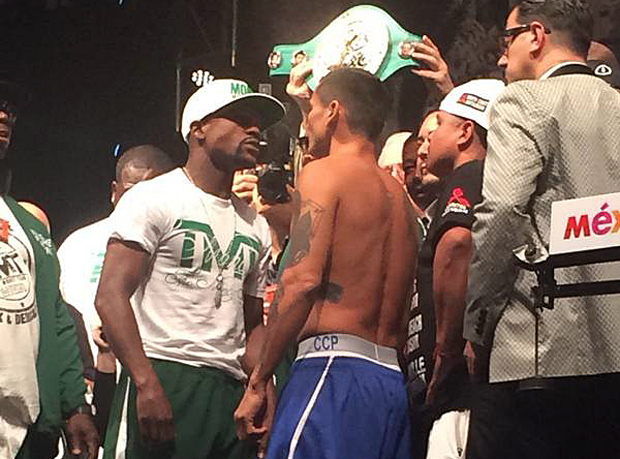 Floyd Mayweather Jr. weighed 146.5 pounds for his Saturday rematch with Marcos Maidana, who weighed half a pound lighter at 146 on Friday at the MGM Grand in Las Vegas, the site of the Showtime Pay Per View event.

Mayweather (46-0, 26 knockouts), who had a tough time in their first bout but won it by majority decision, said he wasn’t sure how the rematch would go, but added: “I know I can make adjustments and I want to give the fans something to see.”

Maidana (35-4, 31 KOs) appeared confident but didn’t want to engage in a prolonged staredown with the reigning RING/WBC/WBA welterweight champ after the weigh-in.

“I’m very calm and happy today and definitely will try to change history and Mayweather’s record,” Maidana said. “I’m going to come out aggressively like in the first fight.”