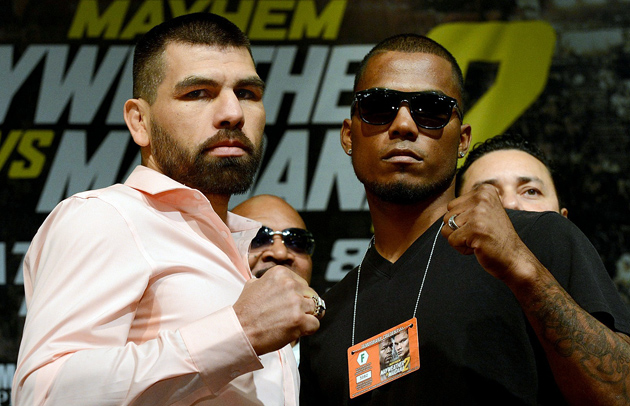 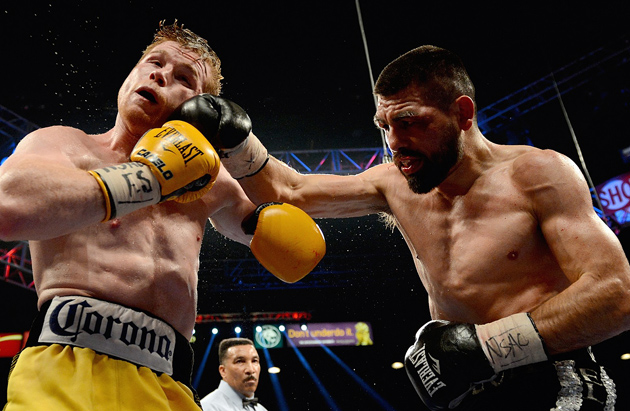 “They say you’re only good as your last fight,” Virgil Hunter says when asked what to expect from Alfredo Angulo on Saturday when he faces James De La Rosa on the undercard of the Floyd Mayweather Jr.-Marcos Maidana rematch. “But it is up to Alfredo to put that fight into the background and prove that theory wrong.”

Angulo (22-4, 18 knockouts) comes into the fight after what was perhaps his most listless performance against Saul “Canelo” Alvarez in March. From the moment Angulo made his entrance, something wasn’t quite right with the former junior middleweight contender and by the time the fight got underway, those concerns were validated as Canelo ransacked the Mexican with a bevy of unanswered power shots that resulted in a 10th-round stoppage. But what fans saw in the ring, Hunter already knew well before the fight.

“I was concerned from the first day of camp,” Hunter reflected on knowing that taking the Canelo fight was a bad idea. “The weight killed him along with some other personal things that were beyond my control. He just couldn’t make that weight anymore. It was a very, very tough camp.”

But Angulo is a fighter who Hunter couldn’t tell to turn down such a big opportunity. Nevertheless, the result was not an ideal one and Angulo will look to redeem himself against De La Rosa (22-2, 13 KOs) in a fight at 162-pounds. With a nutritionist in camp, Hunter says that Angulo has looked a lot more energetic and is hungry to prove that the Canelo performance was a mere aberration and not indicative of what his future performances will be like.

“His desire to come back and show the fans and critics that he really didn’t leave it all in the ring against Canelo has really motivated him,” Hunter said.

De La Rosa lacks the big name that Canelo carried with him, but should prove to be the perfect fighter to get Angulo back on track. And should “El Perro” come out victorious, Hunter says that he wants to keep the 32-year-old busy. With all of the wars that Angulo has had, Hunter suggests that his fighter rack up the big wins while he can because he may not be around much longer.

“At this stage of his career he needs to start looking at an exit strategy,” Hunter said. “We need to keep him busy and if he can be successful for the next couple of years, it would be great for him to go out with.”