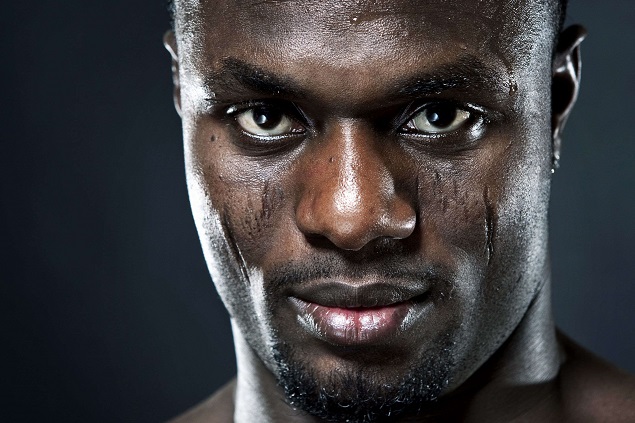 Former cruiserweight Lateef Kayode doesn’t pull any punches regarding his plans in Thursday’s heavyweight clash of unbeatens with Luis Ortiz at The Joint at the Hard Rock Hotel and Casino in Las Vegas.

“I’m not scared to fight anybody,” said Kayode, 31, who was last seen in action for a sixth round technical knockout of Jonte Willis in January. “After I knock Ortiz out or whatever I do to him, after that, I will leave it up to my manager to try to get me a fight with Klitschko.”

Kayode’s win over Willis was his second straight since June 2012 when Antonio Tarver tested positive for the banned anabolic steroid drostanolone following a draw with Kayode. As a result, the bout was deemed a no-contest.

Trained by Freddie Roach, Kayode said the rise in weight won’t make a difference in either his power or ability to match Ortiz’s skills.

“I feel as good as I did at cruiserweight. I’m still the same powerful guy. My trainer, Freddie Roach has spent a lot of time in the gym with me. He has taught me a lot about my opponents and how to take advantage of them. I notice the difference when Freddie tells me things to adjust my game,” said Kayode.

“He helped me with my footwork and positioning. He taught me new ways to make my opponents pay. Freddie told me that if I listen to him, I will have no problem with this guy. He’s there to make life easier for me. I will be able to keep composure and keep calm in the ring. It’s not an easy task to fine-tune my brute force and strength but I feel great about where I am.”

Kayode will meet Ortiz as the main event of a “Golden Boy Live!” show on FOX Sports 1 and FOX Deportes.

Note: Quotes from a release by Golden Boy and Mayweather Promotions.