The man who will preside over ‘Mayhem’: referee Kenny Bayless 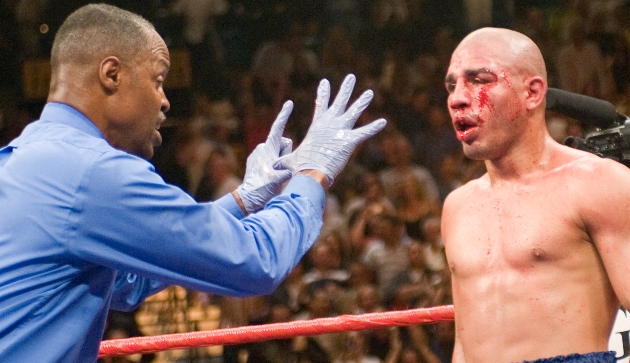 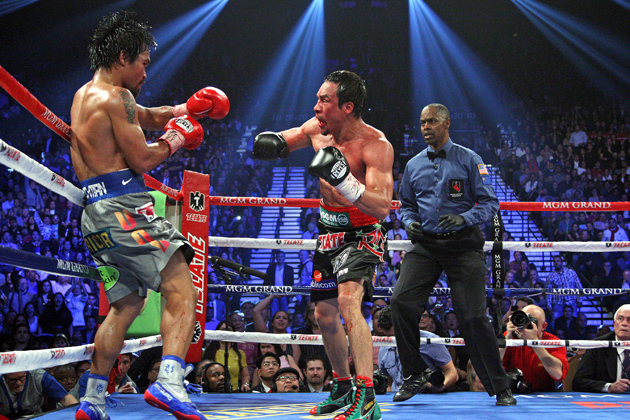 Referee Kenny Bayless insists, “I’ve never been influenced by camps,” and that he will be even-handed during Saturday’s welterweight rematch between Floyd Mayweather Jr. and Marcos Maidana at the MGM Grand, site of Mayweather’s majority decision over Maidana in May.

Bayless was the third man in the ring for Mayweather’s wins over Oscar De La Hoya in May 2007, Shane Mosley in May 2010 and Canelo Alvarez in May 2013. He has worked only one fight for Maidana, that being an eighth-round stoppage of Jesus Soto Karass in September 2012.

Mayweather has said referee Tony Weeks was too lenient during the first bout with Maidana, claiming his arm was injured in the second round when Maidana bent it while Weeks instructed the fighters to break.

“I don’t personally see any issues or problems in this fight,” said Bayless, who penalized both Maidana and Soto Karass for infractions during their fight. “Once I express what my feelings are, and what I expect both fighters to do, from that point on, everything will go well.”

Also selected for Mayweather-Maidana II were judges Dave Moretti of Las Vegas, Guido Cavalleri of Italy and John McKaie of New York. Moretti scored the first fight 116-112 for Mayweather, whereas judge Burt A. Clements had it 117-111 for Mayweather, with Michael Pernick scoring it 114-114.

Bayless discussed his upcoming assignment with RingTV.com, below.

Kenny Bayless on being selected:

“They always give both camps an opportunity to express their concerns about officials, and both camps had no objections. Apparently they had no problems with me being the referee. So that’s a good sign, and I’m always going to do the job, regardless of what has happened in previous fights.”

Bayless on the scuttlebutt from what transpired in Mayweather-Maidana I:

“I did the rematch with Fernando Vargas and Sugar Shane Mosley, and in the first fight, Fernando experienced what he claimed was a head butt. The Mosley camp claimed that it was a punch. Fernando Vargas’ forehead swelled up real badly.

“Everything worked out well during the fight. So I don’t personally see any issues or problems in this fight. Once I express what my feelings are and what I expect both fighters to do, from that point on, everything will go well.”

Bayless on his general resolve over the course of his career:

“In all of my many years, I’ve never been influenced by camps. What I plan to do is, again, call it the way that I see it. If a fighter is in violation of something and it’s not right, or if a fighter commits a foul, I’m going to do what I normally do.”

Bayless on his approach to Mayweather-Maidana II:

“The difference is going to be between whether it’s accidental as opposed to intentional. I’ll explain that when I’m in the dressing room. If it’s accidental, then usually I will give a warning. But if the accidentals continue after I’ve given all of the right warnings, and the number of right warnings that I give, that’s basically my call.

“It depends on what the offense is and how serious the offense is. But then if it’s intentional, then I’m going to respond with a hard warning or depending on how intentional it was or what it was, then I’ll maybe take a point. But, again, that’s my call.

“Again, I’ve worked with both fighters and they known my style. It’s always important that they know who the third man is who is in the ring with them. It comes down to how they choose to perform their skills either in a positive way or in a negative way.”