Emmanuel Taylor says he’s not an underdog against Adrien Broner 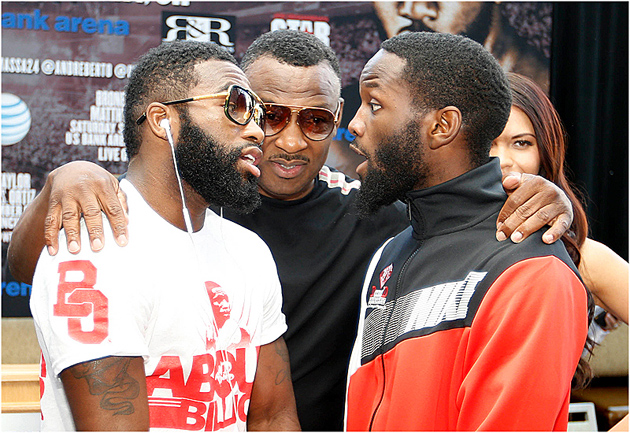 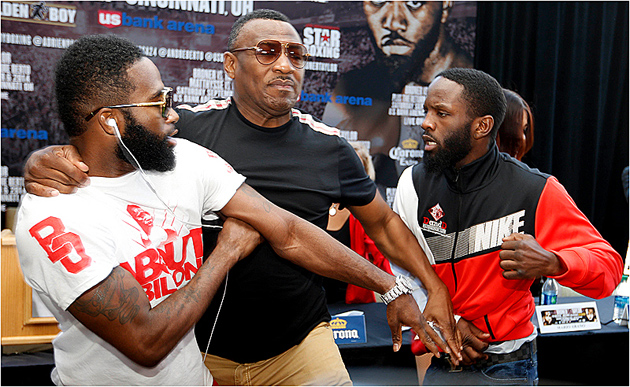 So the deck is stacked against Emmanuel Taylor with his fight against Adrien Broner, right?

The 23-year-old Maryland native is the underdog against the brash fighter from Cincinnati and is fighting in Broner’s hometown.

However, Taylor is ready to prove that he has what it takes to defeat Broner and is a force to be reckoned with at 140 pounds.

Taylor (18-2, 12 knockouts) squares off against Broner in a 12-round bout at the U.S. Bank Arena in Cincinnati, Ohio on Saturday. The bout headlines a Golden Boy Promotions card and will be televised live on Showtime, beginning at 9:30 p.m. ET/ 6:30 p.m. PT.

In his last bout on July 18, Taylor outpointed dangerous fringe contender Karim Mayfield in Huntington, N.Y. Despite being knocked down by Mayfield in the Round 8, Taylor was the busier and more-effective fighter as he grinded out a clear 10-round unanimous decision.

It was a redemption of sorts for Taylor as won in the same venue where he lost a 10-round unanimous decision to Chris Algieri on Feb. 14.

Going into the Broner fight, Taylor says he is re-energized and not rusty, something he believes contributed to the loss against Algieri.

“It’s a quick turnaround from the (Mayfield) fight, as I took a few days off and went right back into the gym,” Taylor told RingTV.com over the phone earlier this week. “I felt the (11-month) layoff against Algieri affected me. I was not active and I didn’t stay busy enough.”

Things got heated after Thursday’s press conference when the two fighters jawed at one another before Broner tired to choke Taylor before the two were separated.

Taylor usually keeps to himself, but standing his ground at the press conference may show he has equal bite and bark whether it is in or out of the ring.

“I can box or brawl,” said Taylor, who is promoted by Star Boxing and managed by David Price. “He (Broner) doesn’t throw that many punches. He’s a 135-pounder who has a lot of knockouts fighting smaller guys. He doesn’t have that much power fighting at 140 and 147 pounds. I’m bigger and stronger than him, and I’m going to break him down.”

Taylor describes himself as a quiet person, but under the exterior is a confident fighter. When given the opportunity to fight Broner, Taylor jumped at it.

“I’m motivated to be better after every fight,” he said. “Words cannot describe what a win over Broner would do.

“He does a lot of talking, but he still has to fight me. I’m motivated to win and I will get the victory.”

Francisco A. Salazar has written for RingTV since October of 2013 and has covered boxing in Southern California and abroad since 2000. He also covers boxing for the Ventura County (CA) Star newspaper, Boxingscene.com, and Knockout Nation. Salazar can be reached by email at [email protected] or on Twitter at FSalazarBoxing