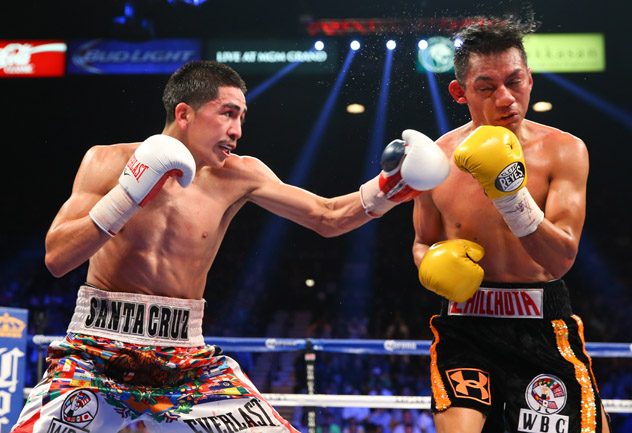 The fight between Kubrat Pulev and RING heavyweight champion Wladimir Klitschko, whose torn biceps muscle forced the postponement of his Sept. 6 defense, has been rescheduled for Nov. 15 at its original site, the O2 World arena in Hamburg, Germany, a K2 Promotions release announced on Wednesday.

“I am delighted that the title defense can still take place in Hamburg; the atmosphere here is always gigantic,” said Klitschko, 38, whose injury was suffered during sparring in Austria. “Due to the injury, I am taking a break from training now and will then start again with the preparation for the fight against Kubrat Pulev.”

Dr. Robert Siorpaes recommended that Klitschko refrain from training for about four weeks.

“I am very happy that we have found a new date for the fight in Hamburg so quickly,” said Bernd B├Ânte, Klitschko’s manager.

“Since the arena was already sold out, we are particularly glad for the fans of Wladimir Klitschko. Our thanks go to the International Boxing Federation and our partners RTL and O2 World Hamburg, who both enabled the new fight date in the originally planned arena.”

Klitschko (62-3, 52 knockouts), who stands 6-foot-6 to Pulev’s 6-4, will make his 17th defense, having scored a fifth round knockout of Alex Leapai in his last fight in April.