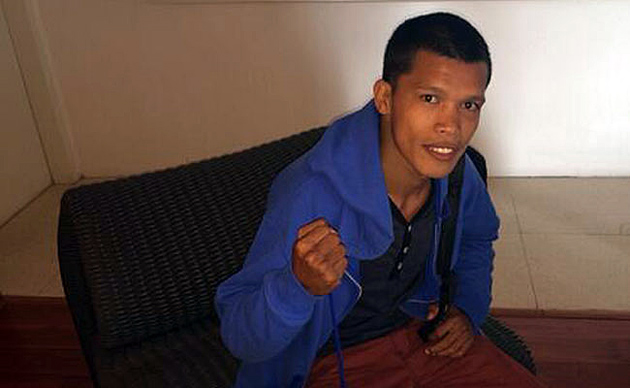 Junior flyweight Randy Petalcorin took a giant step in his quest for a world championship by knocking out Panamanian contender Walter Tello in seven rounds to win the WBA interim junior flyweight title at the Mercedes-Benz Arena in Shanghai, China on Tuesday.

Petalcorin (22-1-1, 16 knockouts) of General Santos City, Philippines made good use of his larger southpaw frame to put combinations together on the smaller Tello (20-0, 8 KOs), who was in survival mode for the final four rounds of the fight.

Petalcorin’s left cross and uppercut were his most effective punches early but it was his lead hand that would bring about the fight’s conclusion.

In the seventh round, a right hook after a left uppercut scored the first knockdown of the fight. Tello rose up but a counter right hook followed by a left cross scored a second knockdown, with the fight being stopped shortly after.

The 36-year-old Rossel, who defeated Tello in March of 2013 by unanimous decision, had been the interim champion since 2012 before being inexplicably elevated to full title recognition in July.

Manangquil says that the show’s promoter Top Rank told him they were interested in putting the 22-year-old Petalcorin on another card in January. Petalcorin was ranked no. 10 by THE RING at junior flyweight coming into the fight.