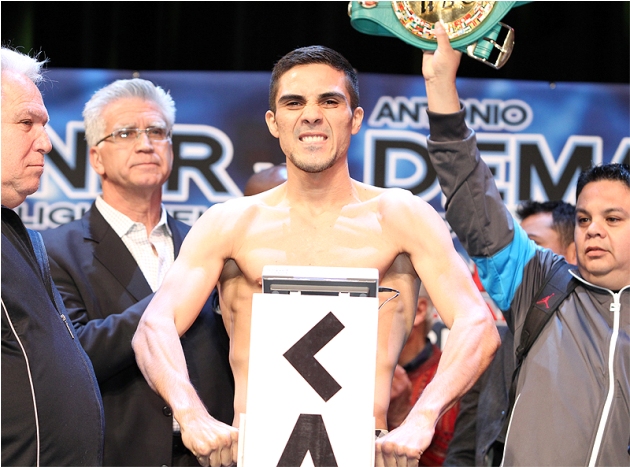 A 28-year-old southpaw, DeMarco (31-3-1, 23 knockouts) wants to campaign in the junior welterweight division.

The Los Mochis, Mexico native had previously been in action for a second-round stoppage of Jesus Gurrola in January that represented his second consecutive knockout victory since being dethroned by eighth-round stoppage against Adrien Broner in November 2012.

Prior to facing Gurrola, DeMarco twice dropped Fidel Monterossa Munoz on the way to a fifth-round knockout in his 140-pound debut in August 2013.