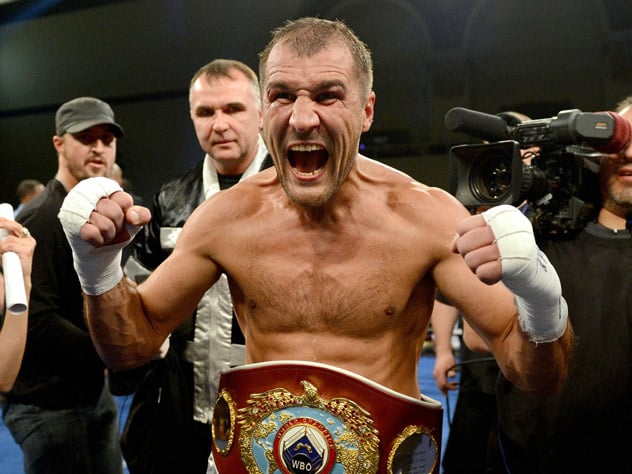 In a match-up that was confirmed earlier by Golden Boy Promotions president Oscar De La Hoya, Kovalev (25-0-1, 23 KOs) will be making his third consecutive appearance in Atlantic City and his second at Boardwalk Hall when he enters the ring against Hopkins (55-6-2, 32 KOs).

“This will be my third fight in Atlantic City and I’m happy to be going back to Atlantic City,” said Kovalev, 31, a native of Chelyabinsk, Russia, whose fourth round stoppage dethroned previously unbeaten WBO beltholder Nathan Cleverly in August 2013.

In his last fight on August 2 at the Revel Resort in Atlantic City, Kovalev rose from a first round knockdown to drop Blake Caparello three times en route to a second round stoppage victory.

In his last fight in April, Hopkins, 49, scored a unanimous decision that dethroned Beibut Shumenov for the WBA belt. A future Hall-of-Famer, Hopkins won a unanimous decision over previously unbeaten Tavoris Cloud in March 2013 to extend his own record as the oldest man to win a significant crown.

Hopkins first set the record at the age of 46 by outpointing Jean Pascal for the WBC’s title in May 2011 before being dethroned following a majority decision loss to Chad Dawson in May of 2012.

Two of Hopkins’ biggest wins were over Antonio Tarver and Kelly Pavlik in June 2006 and October 2008, respectively, with both fights taking place at Boardwalk Hall in Atlantic City.

“Listen, Sergey is comfortable fighting everywhere. It doesn’t matter who is fighting or where he’s fighting or what the crowd is,” said Egis Klimas, the manager of Kovalev, who is promoted by Main Events.

“Sergey was very comfortable when we went to Wales and we fought for the WBO championship in Cleverly’s backyard, so he doesn’t care. Absolutely not. Zero. It doesn’t matter where the fight happens to be. That never even enters his mind.”