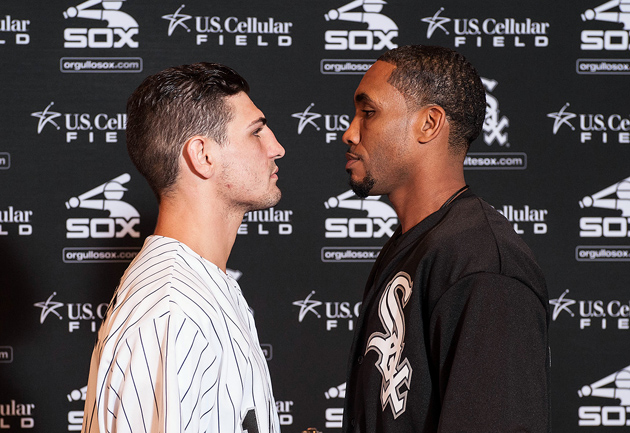 Lightweight titleholder Miguel Vazquez, an elusive technician from Mexico, has heard the critics of his boxing style, which is atypical of his countrymen’s traditional blood-and-guts approach.

But as THE RING’s No. 1-rated 135-pounder, Vazquez (34-3, 13 knockouts) said that he has no plans to change anything about his approach to boxing for the seventh defense of his IBF belt against Mickey Bey (20-1-1, 10 KOs) in support of the Sept. 13 rematch between RING welterweight champion Floyd Mayweather Jr. and Marcos Maidana at the MGM Grand in Las Vegas on Showtime Pay Per View.

“My style is the style that has taken me to becoming a world champion,” said Vazquez, 27, who was last in action for a unanimous decision over Denis Shafikov in February.

“I don’t plan to make any drastic changes to my style. This is why I’ve maintained and remained victorious. I may try to modify and to be more aggressive and attack, but, again, this is the style that has kept me here.”

Having won 13 consecutive fights, just three of them by knockout, Vazquez has not suffered defeat since falling by unanimous decision to current junior middleweight contender Saul Alvarez in June 2008.

Vazquez also has lost his professional debut to Alvarez by split-decision in January 2006, and by unanimous to two-division beltwinner Tim Bradley in July 2007.

THE RING’s No. 2-rated junior lightweight champion Mikey Garcia, a Mexican-American WBO beltholder and counterpuncher, has said that he eschews the traditional Mexican “brawler” or “close quarters” style for a more cerebral approach which employs his defensive skills, power and range.

The slender, 5-foot-10 Vazquez appears to have taken a similar path throughout his career.

“It started off with my father. He started teaching me the craft, and from there on, I learned from the Cubans, the art of boxing, hit and not get hit,” said Vazquez.

“Now, currently, with my current trainer, I’ve learned and picked up new things. It’s the style that’s gotten me here. I go in there, hit, don’t be hit, and I’m blessed by God.”

“Besides it being an honor, it was a blessing to have signed with such an important figure in boxing as Mr. Al Haymon,” said Vazquez.

“Obviously, the dreams that I once had of being involved in the biggest fights have become a reality. Now, come fight night, I have to do everything that I can to come out victorious so that I don’t let him down.”

Bey, 31, is coming off a unanimous decision over Alan Herrera in May that followed a third-round stoppage of Carlos Cardenas in December. The wins helped Bey rebound from a 10th round knockout loss to John Molina in July 2013.

“We know that Mickey Bey is a very good fighter and a very talented fighter. He’s fast and difficult,” said Vazquez. “But I know I’m very well-prepared mentally, spiritually and physically. I know that I’m blessed. God has blessed me and we’re going to come out with our hands raised, God-willing.”

Bey does not expect Vazquez to make any adjustments in the way that he fights.

“People might not give credit to his style, but at the end of the day, he’s been the champion for years, so you have to give him credit. People can say that he fights this way or that way, but he’s been been the champion,” said Bey.

“It’s going to be a great fight, and you’ve got to give us both credit but I want to prove that I’m the best by getting in there with the guy who I consider to be the best in the division for being champion for so long.”