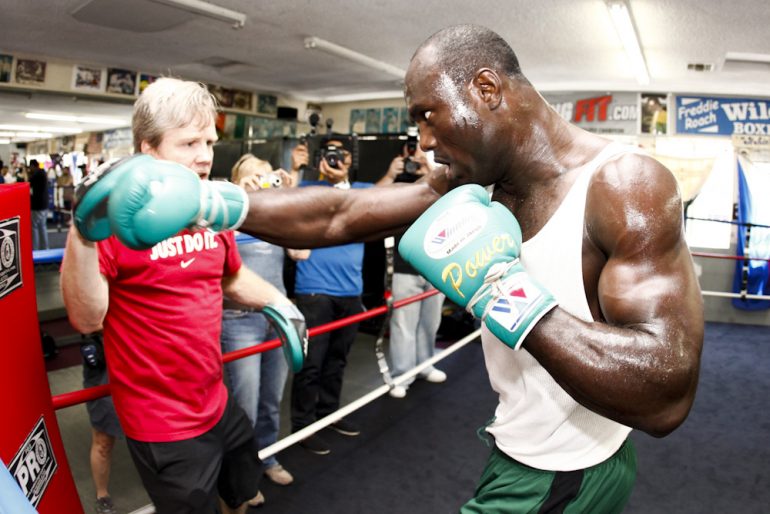 Former cruiserweight Lateef Kayode will face Luis Ortiz in a clash of unbeaten heavyweights on Sept. 11 at The Joint at the Hard Rock Hotel and Casino in Las Vegas, Golden Boy Promotions and Mayweather Promotions announced in a release on Wednesday.

Kayode (20-0, 16 knockouts), 31, will be after his third straight stoppage victory, having last been in action for a sixth round technical knockout of Jonte Willis in January. The win over Willis was the second consecutive for Kayode since June 2012 when Antonio Tarver tested positive for the banned anabolic steroid drostanolone following a draw with Kayode. As a result, the bout was deemed a no-contest.

Ortiz (21-0, 18 KOs), a former Cuban amateur standout, is coming off a fourth round knockout of former title challenger Monte Barrett in April.

“This is the perfect way to kick off a great weekend of boxing in Las Vegas,” said Oscar De La Hoya, president of Golden Boy Promotions.

“We are happy to work with Golden Boy to continue the tradition of not one but two fights in Las Vegas the week of a Floyd Mayweather pay-per-view event,” said Leonard Ellerbe, CEO of Mayweather Promotions. “We want to keep the fans who come from near and far entertained all week long and there is no better way to do that than with a heavyweight title fight.”