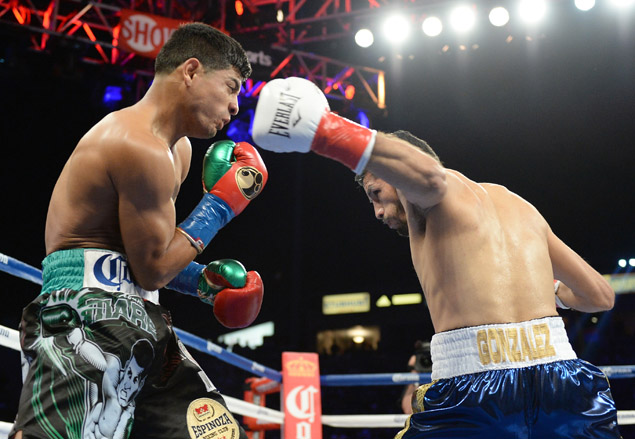 “The fight is 100 percent under consideration for Sept. 27 and they’re just working out the final formalities between [Mexican television networks] Televisa and TV Azteca, which could represent the first time in the history of Mexico that a fight would be shown simultaneously on both networks,” said Sean Gibbons, matchmaker for Zanfer Promotions, on Monday.

“That would be like what happened when you saw HBO and Showtime getting together to make Lennox Lewis against Mike Tyson. So the fighters have agreed and everything has been agreed to, the fighters, the site, everything. It’s just that the television situation is the hold-up right now. They’re waiting on the television networks to make a deal.”

Gonzalez (56-8, 47 knockouts), who is promoted by Oswaldo Kuchle, has scored 13 knockouts in his past 16 victories and was last in action earning his fourth consecutive victory, a 10th round technical decision over previously unbeaten Clive Atwell in May.

The win over Atwell represented the first defense of the belt Gonzalez won by shocking first round knockout over previously unbeaten Abner Mares.

Arce announced his retirement after the loss to Donaire only to return for an eighth round stoppage of Jose Carmona last November. In succession, Arce then stopped Aldimar Silva Santos in the fifth round in March and Jorge Lacierva in the eighth round in June.