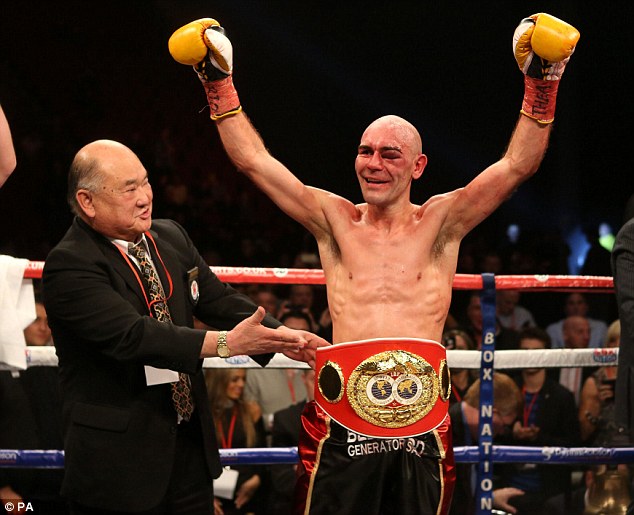 “I’m just finalizing working with Rodney Berman on putting the fight on in Monaco,” Hobson told RingTV.com “We’re just putting together the final details. I’m talking to George and Francis [Warren] to maybe put the fight on BoxNation.

“It’s a great show and I’m pleased to be working with Rodney.”

It had previously been strongly rumored that Hall-Caballero would take place in Sheffield, England on October 18.

In his last fight on Hall (16-3-2, 7 knockouts), 34, was dethroned as IBF beltholder following a split decision loss to Paul Butler on June 7. Butler subsequently announced he was vacating the title in order to return to the junior bantamweight division.

Also on the card will be Martin Murray, who meets Domenico Spada in the first defense of his WBC silver middleweight title he won back in June outpointing Max Bursak.

Last weekend, Ryno Liebenberg won the WBC silver light heavyweight title unanimously outpointing Denis Grachev. In the first round, the South African suffered a cut over his eye; it is hoped that if that has healed, he will also be part of the impressive looking card.