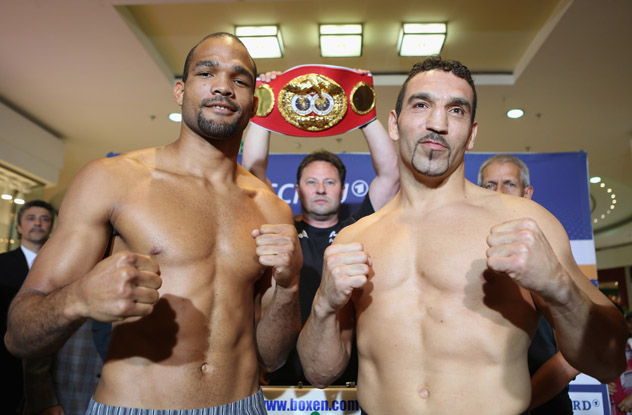 The victory over Arslan was the 15th straight for Hernandez. In his previous fight, Hernandez scored knockdowns in the second, fifth and final rounds of a 10th-round stoppage over Alexander Alekseev.

Hernandez’s only loss was in March 2008, when he was knocked out in the third round by Wayne Braithwaite.

In Arslan’s previous fight he earned a unanimous decision over Tamas Bajzath, which followed a sixth-round stoppage loss to WBO beltholder Marco Huck.

Former titleholder Orlando Salido has been ordered to face Terdsak Kokietgym for the WBO interim junior lightweight belt, a matchup that is slated for Sept. 20 in Ciudad Obregon, Mexico, according to WBO president Paco Valcarcel.

Valcarcel informed RingTV.com on Friday that the ruling was made because RING No. 2-rated 130-pounder and division titleholder Mikey Garcia (34-0, 28 knockouts) has been involved in ongoing legal issues with his promoter, Top Rank, that he believes could keep Garcia idle beyond September when his mandatory defense is due.

“Mikey Garcia fought his last mandatory in January, and that means that his next mandatory will be due nine months after, which means that we’re talking about early September,” said Valcarcel.

“We know that he is in litigation, and we don’t want the division to be frozen. That’s not fair to the rest of the contenders … The winner of those two must face Mikey Garcia within 90 days of their Sept. 20 fight.”

Salido (41-12-2, 28 KOs) knocked out Orlando Cruz in the seventh round last October to win the vacant 126-pound belt formerly owned by Garcia.

Salido was last in action for a split-decision over Vasyl Lomachenko, but had already lost his WBO title on the scales due to being overweight for the fight.

Kokietgym (53-4-1, 33 KOs) has won seven straight since falling by unanimous decision to Takahiro Ao in April 2012.