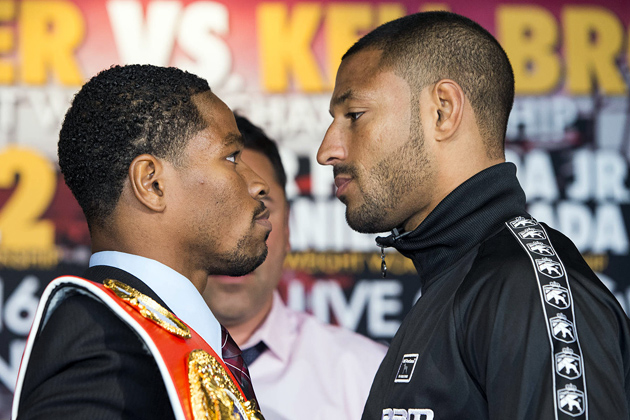 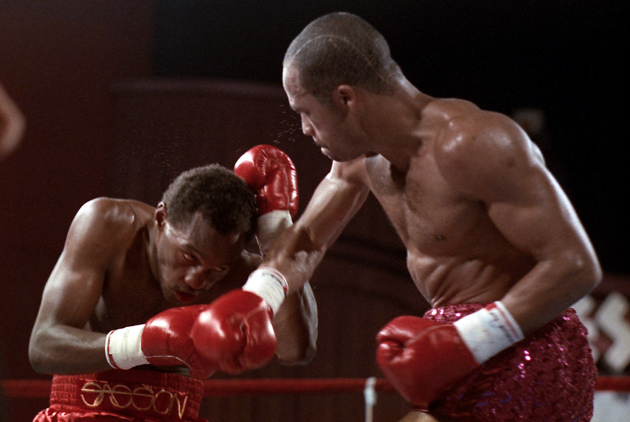 For IBF welterweight king Shawn Porter and mandatory challenger Kell Brook, Saturday’s contest represents a career-shaping moment. Porter, who is making the second defense of the crown he won from Devon Alexander last December, seeks to consolidate the gains he earned nearly four months ago when he annihilated Paul Malignaggi in four rounds. His effort that night was so scintillating that he was on many experts’ short lists of viable Floyd Mayweather Jr. opponents before “Money” opted to fight Marcos Maidana a second time. A victory over Brook, especially a memorable one, not only will raise Porter’s record to 25-0, it will cement his place as an attractive option for the pound-for-pound king should he get past Maidana in September.

For Brook, this title shot has been a long time coming. He was scheduled to face then-champ Alexander three times but injuries to both men forced postponements, then a final cancelation. The two were set to meet January 19, 2013 in Los Angeles but an ankle injury to Brook pushed it back to February 23 in Detroit. That bout was scuttled after Alexander hurt his right bicep, which delayed their meeting until May 18 in Atlantic City. However, Alexander-Brook was lost forever when Brook incurred a stress fracture in his right foot. Countryman Lee Purdy stepped in on short notice, failed to make weight and lost the fight via corner retirement between rounds seven and eight. Alexander subsequently lost the belt to Porter seven months later while Brook emphatically settled his issues with Carson Jones (TKO 8 in their rematch) and notched victories over former titlist Vyacheslav Senchenko (TKO 4) and Alvaro Robles (TKO 8) to push his record to 32-0 (22).

More than a few scribes give “The Special One” a good chance to experience the most special night of his career to date and to make all the waiting worth it. The conditioning issues that nearly upended him in his first fight against Jones two years ago appear to be in the rearview mirror and his blend of speed, excellent jabbing, straight punching and sudden bursts of power promise a most difficult night for the American.

While the short-term storylines are compelling, Porter-Brook also will inscribe a new chapter to the pugilistic rivalry between the United States and the United Kingdom. America’s supremacy in boxing long mirrored its superpower status – especially in the heavyweight division – while the U.K. boasts a rich history that starts with England’s status as the birthplace of modern boxing. Over the past 100-plus years, the two lands have created monumental upsets (Randy Turpin-Sugar Ray Robinson I), unexpected explosions (the light-hitting Tony Canzoneri’s KO 3 over Jack “Kid” Berg in their second of three fights) and enormous outrages (Lennox Lewis D 12 Evander Holyfield I). Similarly, their encounters in welterweight championship competition have spawned riveting action as well as historic touchstones.

The following article will relive, in chronological order, 10 encounters that occupy a place in division lore. Both nations inflicted their fair share of damage, for the final breakdown very nearly cuts down the middle – just like Porter-Brook is expected to do.

When it comes to rivalries, few can compare to Britton vs. Lewis. Between 1915 and 1921, they fought an astonishing 224 rounds spread over 20 fights (including three within a 19-day period in June 1917) and the final scorecard reflected the closeness of the competition – Britton four wins, Lewis three victories, one draw and 12 no-decisions.

The contrast in styles all but guaranteed an interesting watch; the cerebral Britton was aptly nicknamed “The Boxing Marvel” for his state-of-the-art ring science while Lewis was an all-action brawler whose dangerously lowered fists produced a tsunami of leather, especially when working in close quarters.

Much had transpired since their first meeting five months earlier at the 135th Street Athletic Club in New York City, a 10-round no-decision that the New York Times and New York Tribune thought Britton won. After notching three more newspaper decisions over Ray Campbell, Leo Kelly and Young Denny, Britton captured the welterweight championship by outpointing Mike Glover over 12 rounds in Boston. Britton had not fought in the 70 days before meeting Lewis here, an unusually long layoff for a man accustomed to fighting at least twice a month. Meanwhile, the 21-year-old Lewis – a pro since age 15 – fought 10 times since first meeting Britton, including three times in August alone. His first victory of the month, a 12-round points win over Glover, vaulted Lewis – who began his career at flyweight and who had recently campaigned at lightweight – at the center of the welterweight title picture. Two more route-going fights with Kid Curley on August 11 and with Fighting Zunner six days later set up the first title confrontation of the Britton-Lewis series.

As a champion during this era, Britton wielded almost universal power to dictate terms and one of those terms was for Lewis to weigh no more than 135 pounds. On the morning of the fight, Lewis not only made the weight, he made it easily by scaling 134. Britton, however, refused to officially weigh in, a move that today would have resulted in his title being stripped. The powers-that-be felt differently; there was little reason to believe the impeccably conditioned Britton was heavier than the championship limit and based on that assumption the fight went on with Britton being announced at an “estimated” 144.

The nine-pound weight edge did Britton no good, as Lewis’ physical attack trumped Britton’s long-range genius enough to lift the crown off the American’s head and place it on his own. “The Aldgate Sphinx” ended Britton’s all-too-brief championship reign, the first of four title changes that would take place over the next four years.

Click on the numbers below to read about the other UK vs. U.S. welterweight title bouts