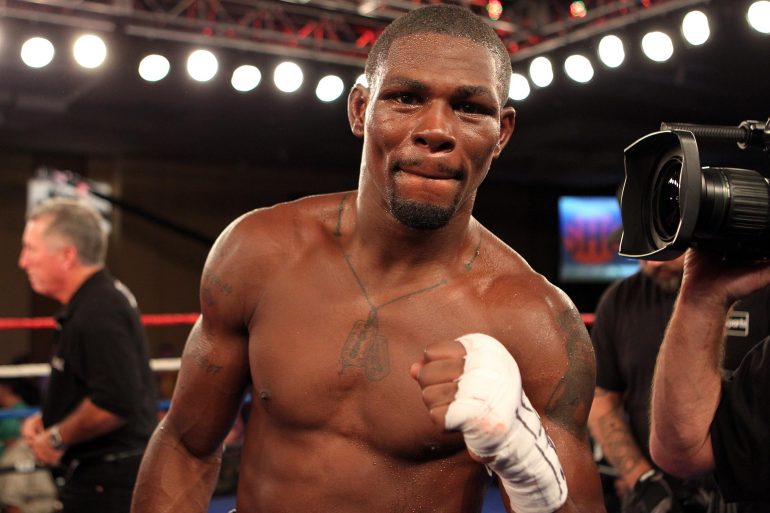 A deal has been reached for Sam Soliman to defend his IBF middleweight title against former undisputed 160-pound champion Jermain Taylor.

The clash of aging fighters is being targeted for Oct. 8 at a site to be determined, Leon Margules of Warriors Boxing confirmed to RingTV.com on Wednesday.

Margules, who is promoting the bout, said both fighters have signed their contracts.

“The fight is going to happen I’m hoping on Oct. 8. The contracts for the fight have been signed,” said Margules. “But the date has not been set in stone, because we’re in negotiations with ESPN. I’m waiting for ESPN. I’m going to do it on ESPN if I can.”

Soliman (44-11, 18 knockouts), an Australian who turns 41 in November, won the title in his last fight in May by unanimous decision over Felix Sturm before the latter’s partisan fans in Germany.

The win for Soliman was his second in 15 months over Sturm, who lost a unanimous decision to Soliman in February 2013 before the result became a no-contest after Soliman tested positive for a banned substance.

In victory over Sturm, Soliman won his first-ever major title belt and has prolonged his career, doing so with his ninth consecutive victory during a run that has included five knockouts since dropping a unanimous decision to countryman Anthony Mundine in May 2008.

In his last fight in December, Taylor (32-4-1, 20 KOs) ended a 14-month ring absence with a seventh-round technical knockout over Juan Carlos Candelo, whom he dropped in the final round.

The only fighter that can claim two victories over Bernard Hopkins, Taylor turned 36 on Monday, and will be after his fifth straight victory against Soliman. Prior to facing Candelo, Taylor had not fought since stopping Raul Munoz in the second round in October 2012.

Prior to facing Munoz, Taylor had to rise from a ninth-round knockdown for a unanimous decision over previously unbeaten Caleb Truax in April 2012.

Taylor had lost four of his previous five fights, two of them by 12th-round knockout, before ending a 26-month ring absence with an eighth-round stoppage of Baltimore’s Jessie Nicklow in December 2011.

Longtime trainer Pat Burns reunited with Taylor for the Nicklow fight, having guided the Arkansas native to a mark of 25-0, with 17 knockouts before being replaced in 2006 by the late Emanuel Steward.

Taylor received a CT Scan and an MRI as well as other testing in the days after the loss to Abraham, and was diagnosed with a concussion, short-term memory loss and bleeding on the brain. Taylor was, nevertheless, unanimously approved for a boxing license by the Nevada State Athletic Commission in September 2011.

In 12 of his previous 13 contests before Nicklow, Taylor’s opponents had been men who were titleholders at the time they faced him or who had had been previously. The lone boxer who had not worn a belt was Daniel Edouard, a contender who brought a 16-0 record with nine KOs into the ring before losing by to Taylor by third-round knockout in February of 2005.

Otherwise, Taylor’s unbeaten run under Burns included consecutive victories by split and unanimous decision over Hopkins in July and December 2005, the first of which earned Taylor the IBF, WBA, WBC and WBO middleweight belts. The loss to Taylor was the first for Hopkins in 12 years, ending his record run of 20 consecutive title defenses.

Taylor left Burns for Steward after the bouts with Hopkins, and subsequently battled through a draw with former 154-pound champion Winky Wright in June 2006 at a time when Wright was regarded as one of the sport’s premiere defensive wizards.

Taylor was 27-0-1 with 17 knockouts in September 2007 when he lost for the first time by seventh-round knockout to Kelly Pavlik. Taylor then made his super middleweight debut with a unanimous decision over Jeff Lacy in November 2008 before falling to Froch and Abraham.