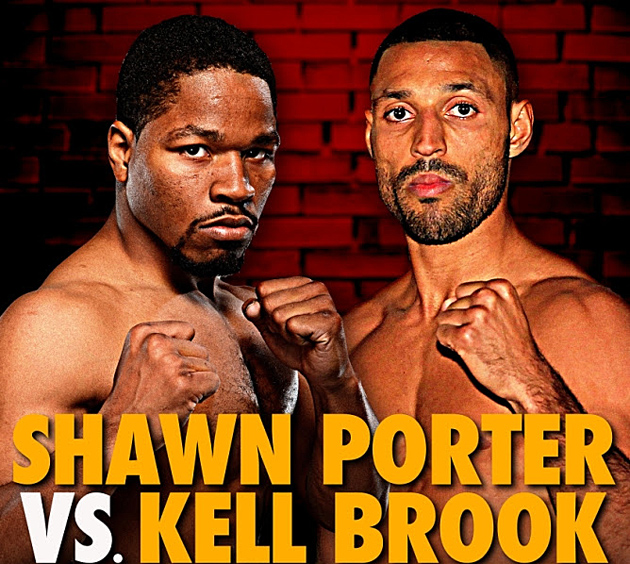 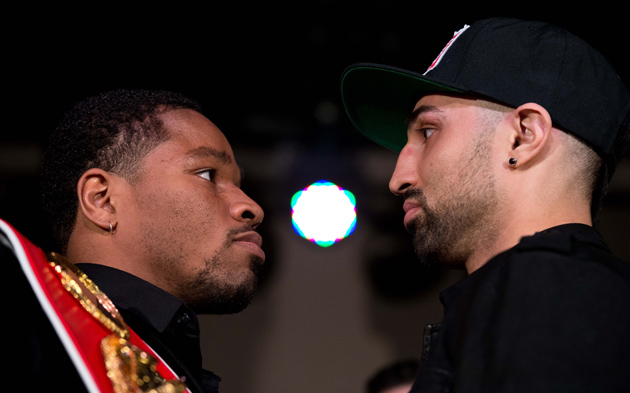 Paulie Malignaggi is very familiar with IBF welterweight titleholder Shawn Porter, who stopped him in four rounds in April. Photo by Nicholas Kamm-AFP

When the Showtime network acquired the services of former two-weight world titleholder Paulie Malignaggi as an expert analyst, they struck fistic gold. “The Magic Man,” a swanky and charismatic Italian New Yorker, has been a fan favorite for over a decade and his knowledge of the sweet science is beyond reproach.

Malignaggi is on hand to work the IBF welterweight title fight between champion Shawn Porter and challenger Kell Brook on Saturday at the Stub Hub in Carson, California, and he believes fight fans all over the world are in for a very entertaining evening with this Anglo/ American confrontation.

“Kell Brook brings a good combination of skill, speed and timing mixed in with pretty good punching power,” said Malignaggi, who hails from Brooklyn. “Against Devon Alexander and myself, Porter was facing good boxers but we don’t possess the firepower that Kell Brook brings to the table.

“At 28 years old, Brook is also closer to his prime. Devon is roughly the same age but he’s been in a lot of tough fights against top opposition and, as a result, has endured a lot more wear and tear. Kell is fresh and hungry and, with that undefeated record, presents a real challenge.”

Despite his movie star looks, Malignaggi is known for having the courage of a soldier. He sustained a broken orbital bone during a defeat to Miguel Cotto in 2006, but still swung his swords at the Puerto Rican star for 12 brutal and competitive rounds.

Two world titles were earned via blood, sweat and tears and very few favors, so “The Magic Man” is unquestionably a genuine fighting man. It was therefore a real surprise when the unbeaten Porter, making the first defense of the title he won from Alexander, battered the fleet-footed technician to defeat inside four one-sided sessions in April.

Malignaggi said, “Porter has gotten better as the years have gone by. Previously he was a rough and tumble type who could put the pressure on, but he needed a bit more polish. He’s never lacked in terms of effort or work ethic, but he was reliant on making a fight sloppy and opponents would start making mistakes due to the pressure they were under.

“Now Porter seems to have matured a little more and he’s gotten a lot stronger. He raised his game against Devon, hurting him several times, and obviously he was able to hurt me in our fight. He’s evolved from being a grinder who can wear you down to a grinder who can hurt you badly with his punching power.”

Brook, from Sheffield, England, is a completely different proposition to Alexander or Malignaggi. For openers he’s a natural welterweight and, while the challenger may not possess the improvisation and experience of those men, his overall size and strength has to be respected. Regardless, the fighter known as “Special K” has opened as a prohibitive underdog.

“People over here just don’t know enough about Kell Brook,” said Malignaggi, as though stating the obvious. “Kell is a phenomenal talent but we need to see if he has what it takes to break through. He’s proven to be very capable and is deserving of his title shot. He has also matured and is recognized as a very good fighter across the pond.

“The intrigue surrounding this event is whether or not his skills translate over to the elite level.”

As previously mentioned the odds makers are banking heavily that Brook will be found wanting, but there are insiders predicting that the Englishman might have the right stuff to cause “Showtime” Shawn real problems on fight night.

“Brook will box a little and wait to see what kind of attack Porter brings,” said Malignaggi, when quizzed about game plans. “He’ll be sharp on the counter and look to tag Porter coming in, because those opportunities will present themselves. Kell is the more talented fighter, but Porter is a lot more aggressive.

“I think it comes down to who can neutralize the other’s strengths. Who can make who more uncomfortable? Porter is accustomed to facing opponents with more talent but he mauls and brawls his way inside to make it a physical fight. When facing that style a good technical boxer can become frustrated and make mistakes. Porter has implemented that strategy very well in his career.

Malignaggi continued, “Brook’s own firepower should earn him some respect in the fight. With that said, Porter has always had a really good chin and that could also come into play. Will Brook’s punching power have the required effect on Porter? Can he slow Porter’s aggression down? Can he hurt him or knock him out?”

Despite this reporter’s best efforts, Malignaggi refused to make a prediction on Saturday’s main event. It was clear from the conversation that the 33 year old is excited about the show and entertaining fans with his own unique brand of boxing acumen, but has it rekindled his own desire to lace up the gloves?

Officially Malignaggi is still active as a prizefighter but there is speculation that he will now be working exclusively outside the ropes.

“I don’t know yet,” said Malignaggi, with a slight hint of melancholy. “Obviously I haven’t retired and I’m still giving things some serious consideration. I’m anxious not to jump the gun or make a rash decision, because when I retire I want it to be permanent.

“A European title bout sparked my curiosity because of my Italian roots, but I apparently need to have five fights in Europe in order to be eligible. One of my last fights was in Ukraine, when I beat Vyacheslav Senchenko, but I would need four more fights just to qualify for the shot.

“Another requirement was European citizenship, but I have that in place because I’m an Italian citizen. Essentially I’ve got half of what I need, but the question is do I have the motivation to have four fights in Europe? I don’t know and I’ll have to see what opportunities are presented.”

Whether he is ring walking or just talking Paulie Malignaggi is always welcome.