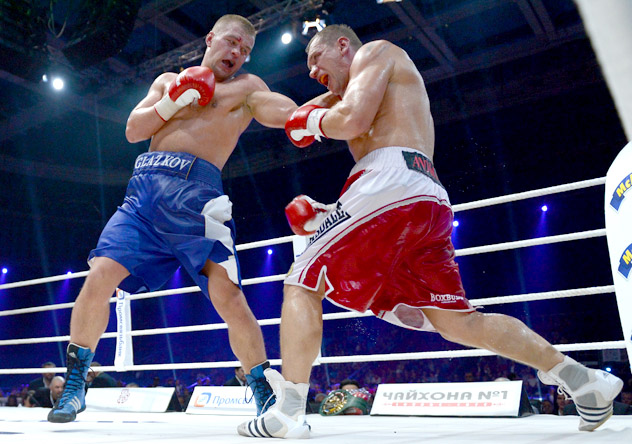 Heavyweight contender Vyacheslav Glazkov will be in his first fight under trainer John David Jackson when he faces Derric Rossy on Saturday from the Sands Resort in Bethlehem, Pa., Main Events has announced.

“One of the things we saw from a lot of [Glazkov’s] past fights is he throws a lot of good ‘ones.’ His jab is but everything was in ones. He is very fast. He’s agile. He rolls well,” said Derik Santos, Jackson’s assistant.

In victory, Cotto, 26, rebounded from a unanimous decision loss to Francisco Vargas in March. Belmontes, meanwhile, lost for the second consecutive time, having fallen by split decision to Omar Figueroa in a failed bid to win WBC lightweight title in April.

Also on the card, rising junior welterweight Keandre Gibson earned a split decision over Jose Hernandez, who, like Gibson, weighed 145.25 for their fight.

Nelson takes a six-bout winning streak into the fight and is coming off a first round stoppage of Darryl Cunningham in June. Nelson’s lone defeat was by majority decision to Vincent Arroyo in April 2011.

Grajeda’s most recent appearances were a loss to Pablo Munguia in February and a draw with Said El Harrak in May, the former of which ended his run of seven consecutive victories.

For the co-feature, super middleweights Norbert Nemesapati and Jason Escalera weighed 165 and 168, respectively and for the opening bout, 6-foot-6 Chinese heavyweight Zhang Zhilei, a 2008 Olympic silver medalist, came in at 259.2 for his professional debut against 227-pound Curtis Lee Tate.